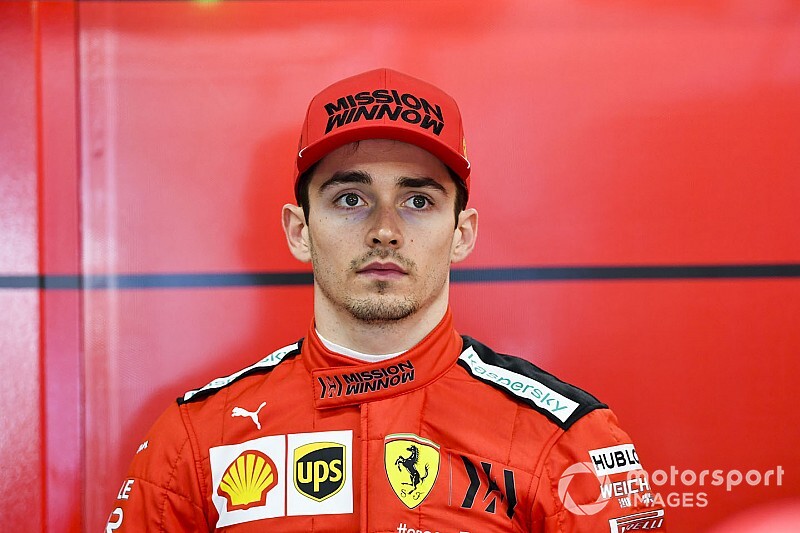 Charles Leclerc has explained his new note-taking approach after a spy shot of his notepad emerged on social media on Wednesday.

The Ferrari driver was photographed holding a new notebook up with hand-written notes about the performance of the car following a run.

Leclerc appeared to be jotting down feedback after each run, writing that conditions were "not that bad" and he had "no big problems" warming up the tyres during his early outings.

Asked about his new note-taking approach, Leclerc revealed he previously used a tablet, but found he had too much to trawl through at the end of the day after writing everything down.

"Now I'm going back to the old stuff, because I've had a few times in the past where I load up all my notes, I arrive in the briefing at the end of the day after doing 150 laps, and then it's a bit confusing," Leclerc said.

"So I'm back with the notebook and the pen, which is very nice. It's something I'm used to doing.

"We do so many laps that it can be confusing at the end of the day and writing everything helps me to remember, to be more precise at the briefing in the evening."

Leclerc was not due to test on Wednesday for Ferrari, but was drafted in at the last minute to replace the unwell Sebastian Vettel.

"6:45am this morning, I got a call, I was sleeping at that time - so, yeah, pretty late," Leclerc said when asked by Motorsport.com when he found out Vettel was sick.

"But at the end it didn't change much. Of course for the mechanics it was not easy because to change the fit, the driver fit, always takes a bit of time in Formula 1, so they had to do a late change.

"But in terms of plan it's basically the same, just the names on the car change."

Leclerc will conduct his last outing of the opening test on Thursday morning before handing over to Vettel in the afternoon. Vettel will then complete the final day of testing solo.