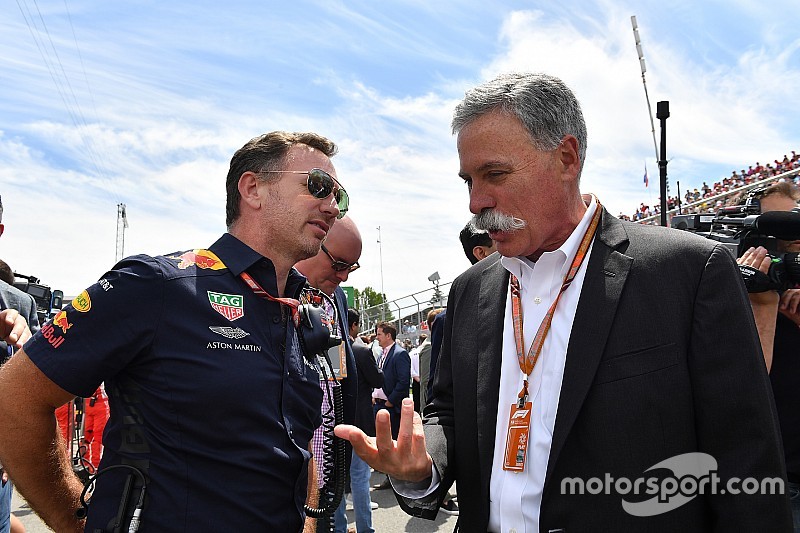 Amid recent criticism from race promoters about the job that Liberty is doing in running the sport, and concerns about the lack of progress with 2021 rules, Horner suggests that the American company may be struggling.

Asked if he felt they had underestimated what they were taking on when they bought F1, Horner said: “Absolutely. I think they probably thought there was some low-hanging fruit there and it has proved an awful lot harder than they thought.

“They remain determined and convinced that the potential in the sport to take it to the next level is there. And we are seeing initiatives like Esports that are coming in that are all positive.

“But it is the content of what the sport is that needs the focus at the moment, because you can window dress and promote a movie as much as you like, but if the movie doesn’t have the substance and isn’t an exciting movie, people won’t watch it.”

Horner thinks that Liberty needs to act firmer in pushing through what it believes in, rather than trying to reach a consensus that keeps all parties happy.

“It is the content of what is F1 that needs addressing for 2021 onwards,” he said.

“The teams will have one opinion on that because they all want to protect their own positions and interest, but as the owner of the sport they need to take a position: this is what we want F1 to be. Here is a set of regulations, here is the financials and go for it.”

Asked if he felt Liberty were the right people to take F1 forward, Horner said: “Only time will tell. They will be judged on what F1 becomes from 2021 onwards.”

Horner does agree that Liberty has made some positive changes to F1, like opening up social media channels and doing more for fans. But he stressed other key areas need some focus.

“If you look at their last couple of years, certain things they have done very well and certain things are very different to how they were previously in the way the sport is,” Horner said.

“Look at digital platforms, access, and promoting the sport through fan festivals. They are all commendable initiatives and life in that area for providing value to shareholders and sponsors and partners is easy.

“But the more concerning question is what is their blueprint both financially and regulatory in line with the FIA for what they want F1 to be from 2021 onwards.

“It already looks like the engine will stay the same and that has obviously been a fundamental issue over the past four or five years. So we need to ensure that engines don’t become an enormous performance differentiator like we have had in the early periods of this hybrid era.”