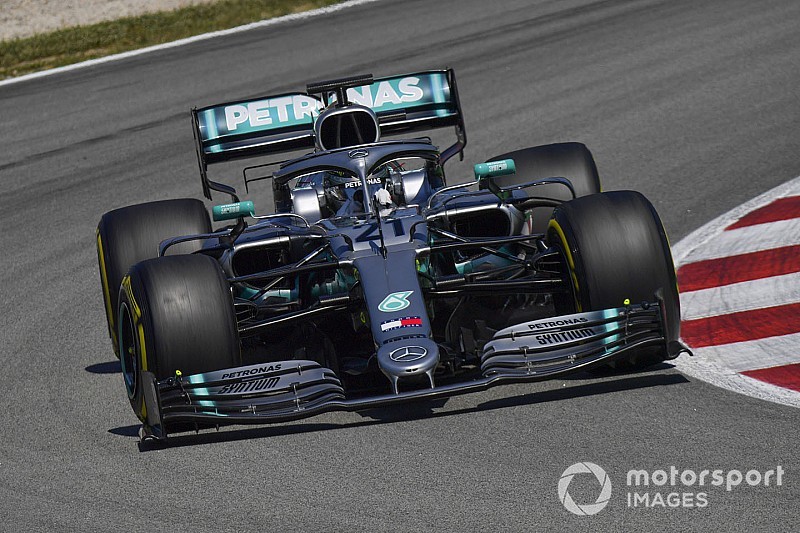 Nikita Mazepin topped the second and final day of the final in-season Formula 1 test in Barcelona.

Mazepin, having his first run-out in the 2019 Mercedes after a private test programme in the '17 car, set a best time of 1m15.775s on the final afternoon using the C5 Pirellis.

The Formula 2 driver completed a series of performance runs in the afternoon, eventually breaking the 1m16s barrier on his final quick lap with 25 minutes remaining.

His time was only 0.264s off fellow Mercedes driver Valtteri Bottas's fastest time of the test overall, set yesterday.

Albon initially jumped up to second with around 30 minutes remaining before Fuoco displaced him 13 minutes later.

Albon then immediately reclaimed the position with a lap 0.205s quicker to make sure of second, before causing a red flag that ended the day with nine minutes remaining when he stopped in the vicinity of Turn 10.

Renault test driver Jack Aitken was sixth, 1.846s off the pace using C5 rubber on a series of performance laps in the closing stages of running.

Haas driver Kevin Magnussen's fastest time from the morning's running, using the C3 Pirellis, put him seventh fastest after he failed to improve in the afternoon.

Racing Point simulator driver Nick Yelloly moved up to eighth fastest in the afternoon, 0.361s faster than the Williams of Nicholas Latifi.

Dan Ticktum completed the top 10 for Red Bull with his time on C3s, 1.077s quicker than McLaren morning driver Oliver Turvey, who handed the car over to F2 race winner Sergio Sette Camara in the afternoon.

Sette Camara managed only 19 laps, setting the 13th fastest time of the day 5.790s off the pace, before stopping on track with a technical problem and causing the second red flag of the afternoon.

That put him behind the second Pirelli test car, the Racing Point of Lance Stroll.