© 2021 Motorsport Network. All rights reserved.
TV Buy tickets Store
Previous / How much is McLaren hiding with its launch-spec car? Next / Exploring an F1 icon: Giorgio Piola on the McLaren MP4/4
Formula 1 / Breaking news

McLaren has pinpointed weaknesses it and its midfield rivals had relative to the leading Formula 1 teams in 2019, and aimed to address them with the design of the MCL35, according to tech chief James Key. 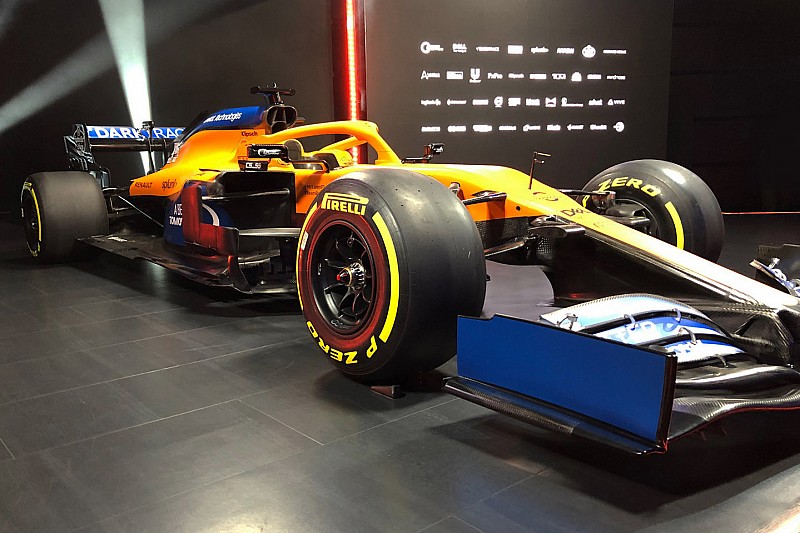 The new McLaren MCL35 broke cover in a Thursday launch event at Woking, and the team - which finished fourth in the constructors' standings last year - hopes it will allow it to bridge the gap to Mercedes, Ferrari and Red Bull.

“You have to to have a target to work to, because you kind of need to figure out where you need to be. One of those is to get to the front, but that’s a huge step, compared to where we are now," Key said.

“To do that in a year would be very welcome but a massive step. There were certain targets based on what we learned last year, where we found our weaknesses were that we really wanted to address.

“And we could see some of those weaknesses were quite similar across the teams we were competing with, when you look at the bigger three teams. So we’ve been looking closely at those kinds of areas, and we have made some progress there.

“I think the medium-term target is to maintain our position and hopefully close the gap a bit and build on that. So if we can be in that place I think we’ll achieve the realistic target that we have.”

Key says that the in developing the MCL34 last year the team came across ideas that it couldn't introduce at the time because of limitations such as the existing suspension geometry.

“New concepts were being looked at alongside what we’d learned from [MCL]34, as the year was going by last year,” said Key. “So we have changed a few areas.

“The bodywork is following a trend I think we’ve seen increasingly, with a very narrow sidepod, which is quite an exercise in packaging. You have to plan quite early for that sort of thing, because it involves the engine installation and so on.

“We’ve done a similar exercise with the gearbox, to match that philosophy. There’s been a lot of work on rear suspension too, so I suppose from the cockpit backwards there’s a very different approach to what we’ve had before – that’s really where the conceptual side of things was.

“Equally there’s a lot of technologies, let’s say, around the front, which were only possible to do with the new car – we’ve introduced that too. So that’s the new stuff, but having said that it’s all based around, although not entirely based around, what we learned last year.

“The 34 is very much the father of much of the concept of the car as well. So we’ve tried to carry forward what we learned last year as we were going – it was being designed as we were developing the other car, so it was a bit of a process. We had what we felt were opportunities we couldn’t do with the 34 with the geometry we had.”

Key said joining other teams in using a matte paint job has helped to save a little weight.

“There’s a slight twist on the colour and the branding side of things as well, which is pretty clean in terms of its look, but there are technical benefits to it. There’s a weight benefit certainly, but there’s other things as well.

“It’s actually a combination of coatings which surround the car with that colour, but what’s been good about it is that it’s been a good, close collaboration with our marketing requirements and the technical needs, and we’ve found a solution that we’re both very happy with.

“It’s been a bit of a journey, it’s not an easy thing to transition to something like that, but I think it’s beneficial for everyone, so I’m quite happy with it.”

How much is McLaren hiding with its launch-spec car?

Exploring an F1 icon: Giorgio Piola on the McLaren MP4/4