McLaren says it won't be lost without Alonso benchmark

McLaren is confident that the loss of Fernando Alonso this year will not leave it without a proper benchmark to gauge the competitiveness of its Formula 1 car.

Alonso elected to step away from F1 for 2019 in the wake of a disappointing campaign last year where McLaren did not make the progress he had hoped for.

With McLaren having signed youngster Carlos Sainz and rookie Lando Norris, it is aware that neither of its drivers has enjoyed the kind of success its previous team leader had.

But McLaren CEO Zak Brown has faith that the duo are capable of pushing things as hard as Alonso did, and that the outfit will know how much genuine progress it has made.

"Carlos has a lot of experience and it is good that he has been in a couple of different teams," explained Brown.

"Lando has proven that he is extremely quick, so I think as far as ultimate performance of how fast is our race car, I think those drivers will get the most out of the race car. They will be able to tell us.

"Someone like Lando does not have the experience of someone like Fernando, nor the type of feedback, and it will take some time for him to develop, but for Carlos it is his fifth year in the sport, so we are comfortable with our drivers."

Sainz drove for the team in the post-Abu Dhabi GP tyre test last year, and spent a lot of the time at the factory before the Christmas break to get himself fully integrated.

Brown says he has been impressed with the Spaniard's approach so far, and is convinced they will work well together.

"I started to get to know Carlos before we signed him," he said. "I like him a lot, otherwise we would not have signed him.

"But I have to break it into two things: him as a person and him as a driver. As a person, I think he is very well managed, very educated, intelligent and has been around motor racing his entire life. I like his personality, and his attitude.

"He is very approachable, and I think commercially he is very friendly to sponsors, so I think the off-track package is there so to speak.

"He is very dedicated, asks a lot of questions, and is very mature given his age but I think that is because of how long he has been in F1.

"Then, as a driver, from what we have seen so far, we are very impressed. He is aggressive, he is very engaged with the engineering team, and he wants to know what is happening.

"He spends time on the phone with me, the engineers, and he has done a lot of off-season conversations with Fernando. He is very engaged and I think he is very excited. I think he is fully up for joining us on our road to recovery." 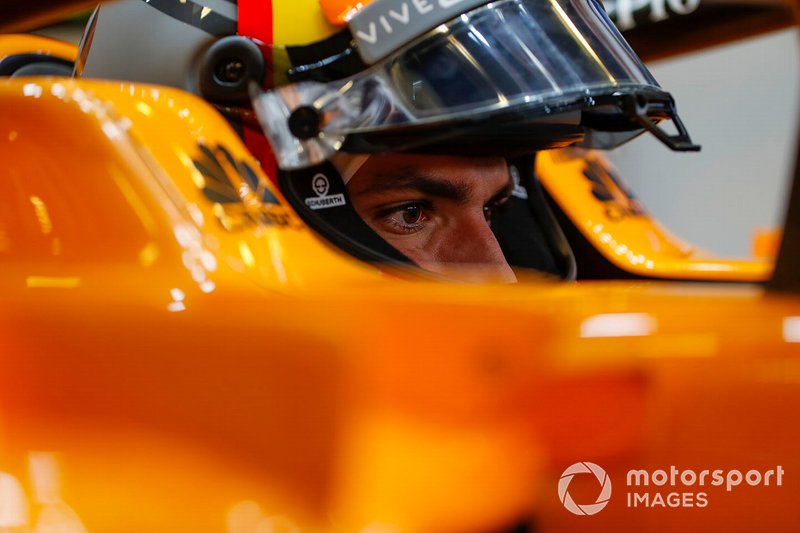 Haas says not being a "pushover" annoys rivals