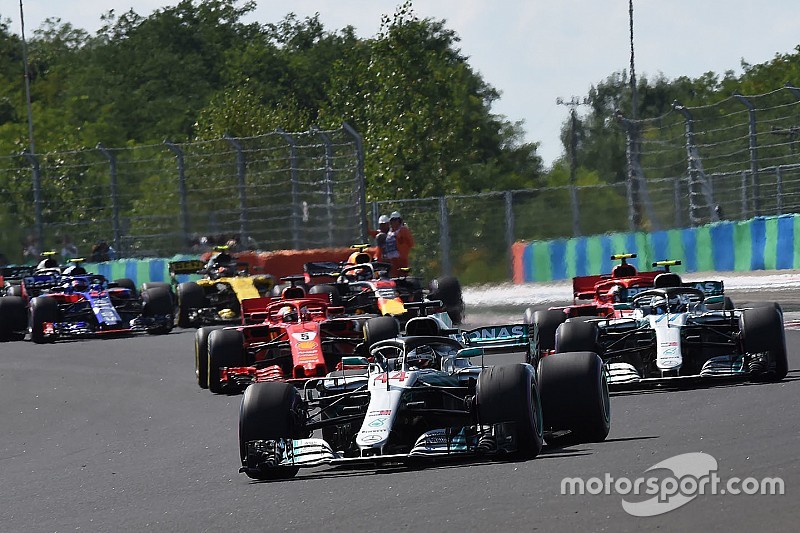 Formula 1 has created "the world's first overtaking simulation" in a bid to design circuits that feature more entertaining racing, according to Pat Symonds.

F1 bosses have commissioned a series of working groups evaluating several ways to improve the quality of grand prix racing, and one of those is the Vehicle Performance Group that operates under Symonds' direction.

Speaking at the 2019 Autosport International Show, Symonds revealed that using simulation to influence circuit design is "an idea that is flying" and is already being used to impact the layout of the Hanoi circuit for the inaugural Vietnam race in 2020.

The tool is also being used to evaluate potential changes to existing tracks like Abu Dhabi's Yas Marina circuit, where racing has traditionally been poor.

"It's been extremely complex to do. To run a lap takes several hours.

"It's a very, very complex simulation but it has a proper wake model of the cars, it looks at the surface and the tyre characteristics and all these sort of things.

"We're now using that to design our new circuits and to look at some modifications.

"Vietnam, which is the first circuit we've really been involved with, I think that we have really been able to understand what it will take to make good racing there.

"I think Vietnam is going to be a superb circuit. It's got some great features and it's going to have some close racing at it."

In his column, di Grassi argued that more effort should be made to ensure circuit designs promote the use of different ways around a corner instead of a conventional racing line.

"I've heard so many theories how to make cars overtake – everyone saying give them mechanical grip, you hear that one time and time again.

"The evidence is actually that in a wet race, where you've got less grip, you get much better racing. So, we're putting the science into it now."

McLaren says it won't be lost without Alonso benchmark