Melbourne reconsiders track changes on back of new F1 deal 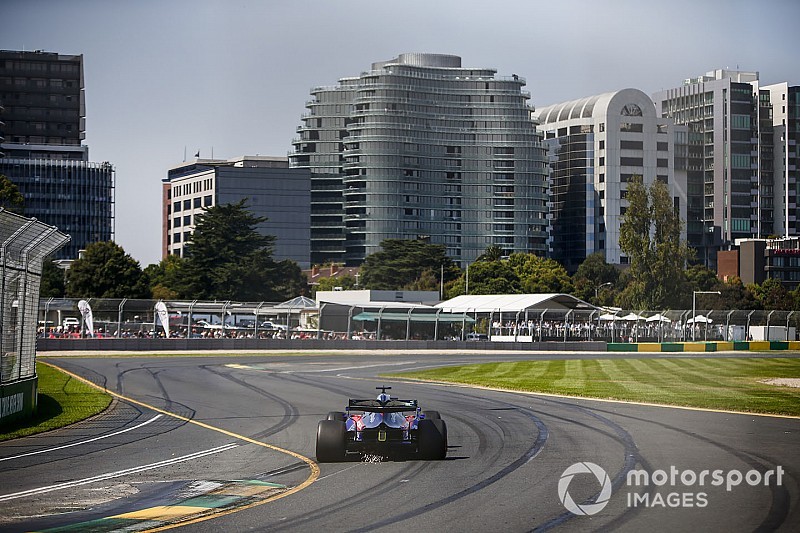 Australian Grand Prix bosses will reconsider altering the Albert Park circuit now that a revised deal has been reached with Formula 1.

The Melbourne race has cemented its spot on the F1 schedule until at least 2025 thanks to a two-year extension to its current deal.

That's opened the door for the Australian Grand Prix Corporation to reconsider making changes to Albert Park street circuit, with both resurfacing and freshening up the layout on the table.

It could even spark the revival of a plan to ditch the fast Turn 11/12 complex and replace it with a slow corner to encourage overtaking, which was put on ice back in 2017.

"It's important to get a return on investment in anything you do, and the ability to have that extra two years provides more certainty to do a couple of things," AGPC CEO Andrew Westacott said.

"One [is] to look at the resurfacing. The drivers at the moment haven't said that it's needed. They wax and wane; sometimes it's the most imperative thing that they want to do, and other times they like the character of a street circuit.

"The other thing that it does, it allows us to have a look at the evolution of the track and look at what tweaks we can make given the physical limitations of a lake and a sports stadium and a pit building and other things.

Westacott also strongly hinted that the Australian GP will continue to open the Formula 1 season for the life of the new contract.

"It's essentially part of the deal," he said.

"I won't go into individual wording in the contract, because we don't talk about the detail of the contract. But you heard Chase Carey come out and say the season essentially starts in Melbourne, it finishes in Abu Dhabi, you've got Monaco which has a place in the middle.

"Now securing great events like Silverstone, you get the real cornerstones and the big components of a Formula 1 season, whether it's 20, 21, or 22 races. And everything fits in around those starting points and finishing points."

The 25th running of the race in Melbourne will take place on March 15 next year.

Tech insight: The caped crusaders of the F1 paddock

The fears Mercedes is playing with its F1 rivals