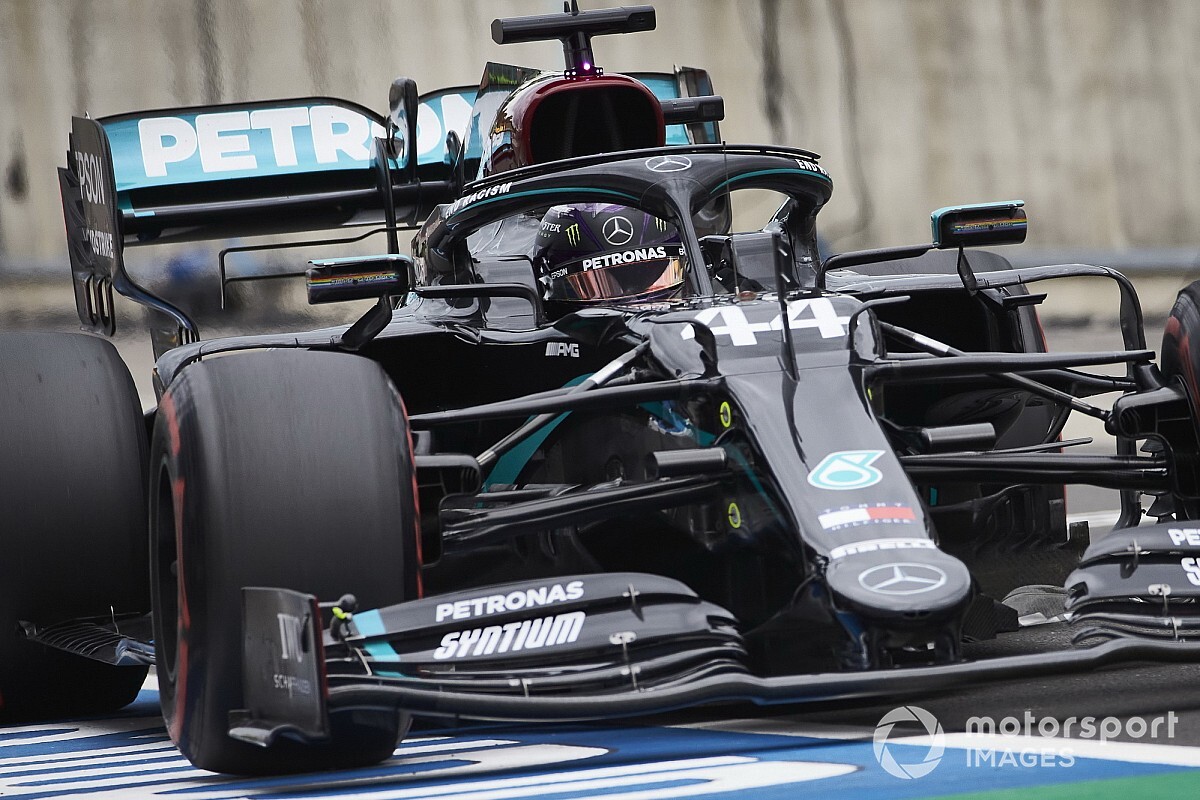 Mercedes will continue to work on the development of its innovative dual-axis steering (DAS) system despite being banned for 2021, saying it is "not a closed book".

Mercedes sparked intrigue up and down the paddock when it debuted DAS during pre-season testing back in February.

The device allows drivers Lewis Hamilton and Valtteri Bottas to change the toe angle of the Mercedes W11 car from within the cockpit by moving the steering wheel forwards and backwards.

DAS was subject to a protest from Red Bull over its technical legality at the opening race in Austria, only for the FIA to rule that it was within the regulations.

However, DAS has already been banned for 2021, prompting other teams to opt against implementing their own versions given the considerable amount of work and its limited shelf life.

But Mercedes is not planning to stop learning more about DAS despite the upcoming ban, instead looking to push its development as much as possible before it is no longer permitted on the car.

"I think that for us, it's still a very new system," Mercedes technical director James Allison explained when asked by Motorsport.com about the team's plans for DAS.

"Precisely how, where and when we get the most opportunity from it is, to some degree, continuing to be a voyage of discovery for us.

"The manner in which we develop it is still open for us as the season goes on.

"So it's not a closed book, and we hope to get more from it if we can learn quickly in the coming races."

DAS has been used by Hamilton and Bottas to help with tyre warm-up before qualifying laps and race restarts through the early part of the 2020 season.

Mercedes has dominated the opening three rounds of the year with three consecutive victories as rivals Red Bull and Ferrari have struggled to put up any kind of fight.

The team is chasing a seventh consecutive set of drivers' and constructors' championships this year, looking to further its record-breaking streak dating back to 2014.

Team principal Toto Wolff said after Hamilton's win in Hungary on Sunday that there was "never one thing" that could pinpoint to explain Mercedes' continued success through this period.

"It's a multitude of points that come together," Wolff said. "It's the investment in the right resource. It's the amount of innovation that we're able to extract from our research and development.

"Fundamentally, it all comes down to the people that are in charge. We have seen over the years that generation after generation have come up, have taken responsibility and accountability and have added to the team's performance.

"it is not only on the engineering side which we talk all the time, but it's in every single area. It's marketing, it's communications, it's social media, it's sponsorship, and this is what makes the team more successful I believe.

"Nevertheless, we mustn't be carried away with thinking that we are the greatest, because then you start quickly losing."

How Red Bull's task to beat Mercedes just got harder