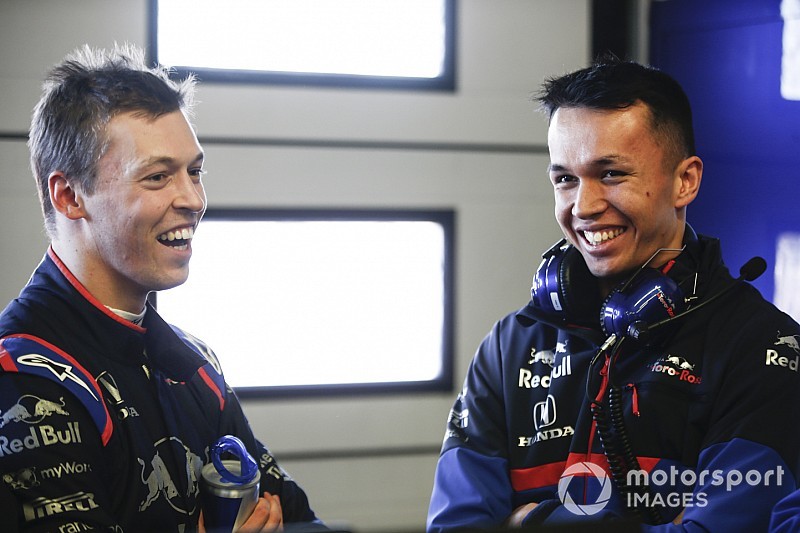 European Formula 3 runner-up Dan Ticktum was closest to being F1-ready within the Red Bull Junior Team roster, but did not gather the required superlicence points.

Tost insists there is no cause to suggest the junior programme, run by Red Bull motorsport advisor Helmut Marko, is no longer fit for purpose.

"No, this is nonsense, [to say] that Red Bull junior programme is in crisis," Tost told Motorsport.com. "Dr. Marko is doing a fantastic job. And we have good drivers.

"It would be in crisis if Red Bull Racing and Toro Rosso would not have Red Bull drivers.

"But we have Max Verstappen, who can win races and hopefully also championship, we have with Pierre Gasly as well a driver highly-skilled, very fast, and we have two fantastic drivers at Toro Rosso.

"I think that the Red Bull drivers currently are one of the most experienced and fastest in all the time, all together.

"If you look back, it was [Sebastian] Vettel, [Mark] Webber, but Webber was not Red Bull[-developed] or Toro Rosso driver.

"And then later on it was a strong driver line-up with Verstappen and Ricciardo, a Toro Rosso driver.

"But both teams now together with Verstappen, Pierre Gasly, Kvyat and Albon, I must say that we have very, very strong drivers. Good job from the young driver programme."

Albon was signed to replace Brendon Hartley, who himself had been brought back into the Red Bull fold, only to be sacked a second time.

Asked what the requirements were for a former Red Bull-affiliated driver to earn a second chance, Tost said: "It's always the driver himself. It's not the outside that decides who becomes successful or not, it is himself. His performance, that is decisive.

"And at Red Bull, we're honest. We say, 'look, your performance is not good enough, you're out'.

"But you know, if they develop themselves, if they get more mature, if they show that they can do it, they can come back. No problem."

Five questions we want answered at the Australian GP