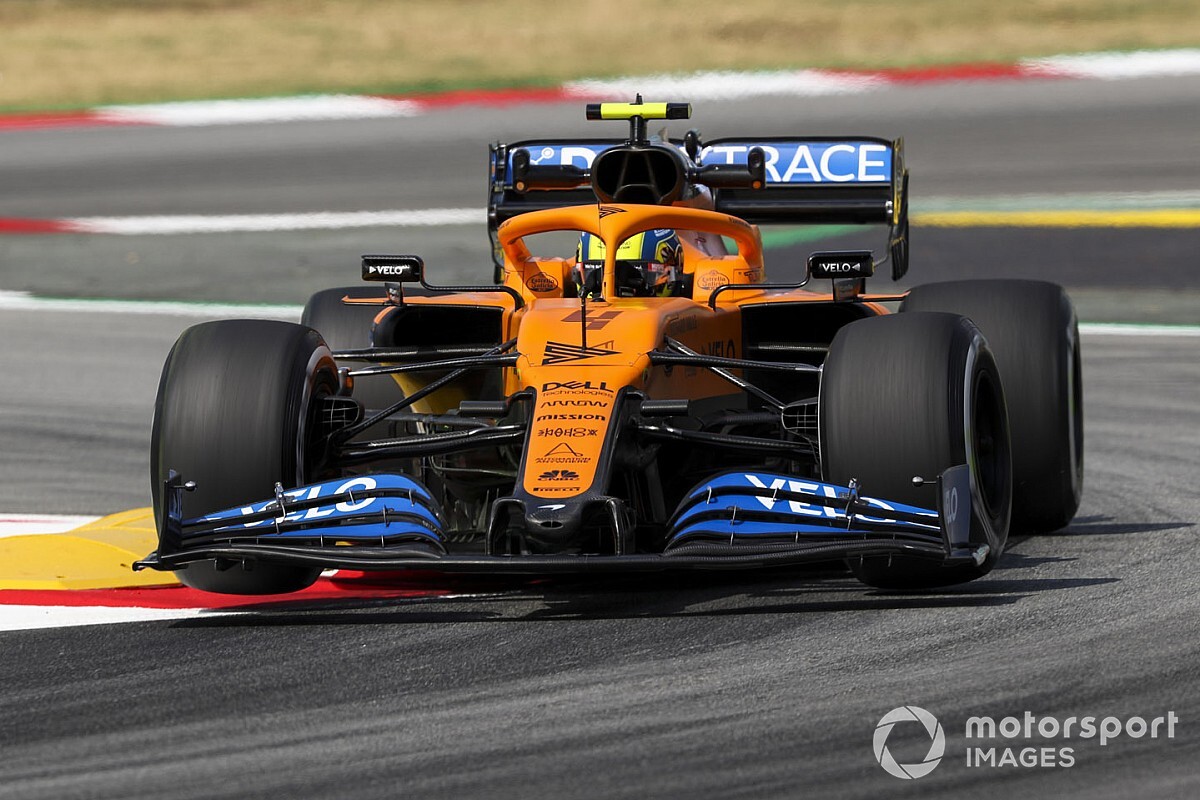 McLaren Formula 1 driver Lando Norris says Pirelli's hardest tyre compound of tyres felt like "garbage" in free practice for the Spanish Grand Prix, saying he "felt like I had more grip on the wets".

Due to the global COVID-19 crisis, the Spanish Grand Prix in Barcelona was moved form its traditional May date to the middle of August, traditionally the hottest period of the year in Catalonia.

To prepare for the extra heat and the fact that the 2020 generation of F1 cars is the fastest in history, Pirelli went conservative with its range of tyres and brought the C1, C2 and C3 compounds to Barcelona.

It's the same range of tyres that was used in the British Grand Prix and one step harder than the tyre selection that spiced up last weekend's 70th Anniversary Grand Prix.

According to Norris, the hardest C1 compound was so hard it was barely useable during Friday practice.

"Garbage. I felt like I had more grip on the wets, I don't know why," said Norris, who credited his lowly 14th position in FP2 to making a few small mistakes.

"I think it was similar for everyone. Any time anyone was on the hard tyre they looked awful and then they went on the medium or the soft and improved massively. I don't think it's just us.

"The balance is just about okay on the soft and the medium, but as soon as you put the hards on it feels terrible, but that's the way it is.

"I think we have to understand what we want to do for our plan tomorrow and the race, but it should be a little bit more exciting.

Red Bull's Max Verstappen also would have liked the tyres to be "a bit softer" but says Pirelli's rubber was manageable, even if the heat meant that any knowledge gained from pre-season testing was irrelevant.

"It's so much warmer now that whatever you learn in winter testing is not quite relevant, "Verstappen said. "We are using all the hardest compounds. It's okay, it's manageable. I would have liked a bit softer but it is what it is.

The Dutchman put himself in an advantageous position for the race by getting through Q2 on the hardest compound, which meant he could start on the ideal compound on Sunday.

Verstappen played down the prospect of being able to repeat that trick in Barcelona.

"The compounds are so hard that I don't think you need to go that extreme [in qualifying] like we did in the second week in Silverstone," he added.

"But it was a positive day. Especially on the long runs the car felt pretty nice to drive, so that was important."