The teams want to ensure that their cars and equipment are safe, and anything that was outside the garages has been safely stowed away. The hospitality buildings – which are basically metal and glass framed tents – have been emptied, with equipment going into more stable paddock structures until Sunday morning.

However, the priority is keeping the crew safe, and if you are responsible for 70-80 people who have concerned relatives back home, you have to make sure that everyone knows the rules – they have to stay in the hotel and out of harm’s way until any danger has passed.

Motorsport.com asked Racing Point’s sporting director Andy Stevenson what his team has done to help ride out the storm – and how it will approach the unusual schedule.

“Thankfully what the FIA have done is make our life easier,” says Stevenson. “They’ve put a curfew in place from 12.30am on Friday night, which is normal, until 5am on Sunday morning.

“With the plans for the circuit lockdown on Saturday we’ve basically brought everything inside, and locked them inside safely. We’re lifting things off the floor in the garage, like we do most nights anyway just in case of flooding. There’s only so many precautions we can take here, although we’ve done the maximum that we’re able to.

“We’re not actually in parc ferme. What normally happens on Friday night is that the FIA have cameras on the cars to make sure we’re not working on them outside of curfew. But because we’re powering everything down, the FIA cameras won’t work. So they’re sealing the parc ferme covers on the cars tonight, to make sure that nobody can sneak in on Saturday and work on the cars outside the curfew. 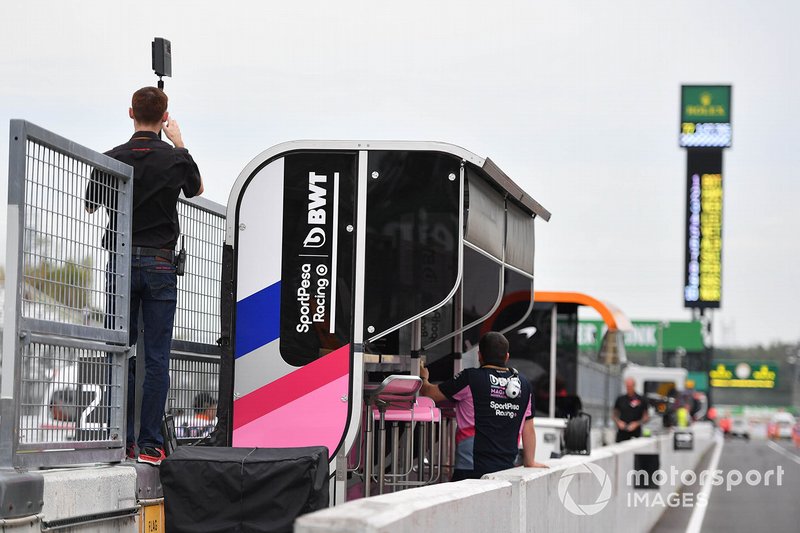 “Normally everything is running all weekend, but we’re powering down for safety. It’s not compulsory, but everybody is doing the same. Also a lot of the systems that run in the paddock and connect all these services, through F1 and the FIA, are being powered down as well, so there’s no point in being connected to something that’s not working.

“But it’s also a safety point, we don’t want to expose any of our staff and make sure that nothing has fused or caught fire or anything. If we power it all down, it’s all safe.

“As far as I’m concerned, we’ve been told it’s a curfew, so we’re not allowed within the paddock confines, so we have no intention of coming anywhere near. Except F1 have told us that if there is a specific problem at the circuit with our garage, they will communicate with us, and once conditions are safe, we will come in and see what the damage is. But at the end of the day, we are not going to put anybody at risk.

“As for Saturday, the message for everybody will be 'stay inside and protect yourself from the weather'. Obviously if the weather doesn’t come in that we’re expecting, everyone has a nice day off. But it will be don’t take any risks, don’t do anything silly.

“We’ll probably arrange a couple of times to communicate with the group within the hotel. We’re pretty sure our hotel is a safe place to be, but there is a chance that we could lose communications during the day, if there are power cuts, or phone systems go down. 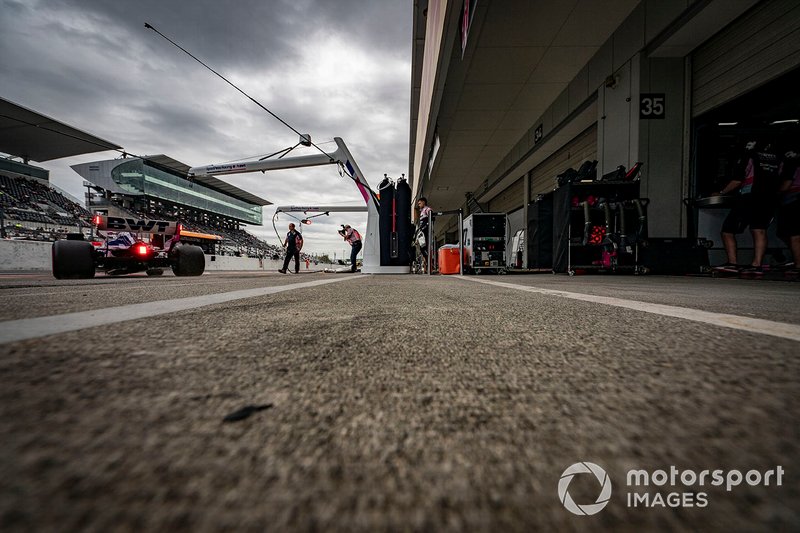 “So we’ll arrange to meet up a couple of times just to update everybody, and also make sure that everybody is OK. We’ve got to check the normal day-to-day stuff. Throughout the year we have people who fall ill anyway, without this going on, so we’ve got to make sure everybody’s alright.

“It’s a little bit more challenging here, because of the way the Japanese hotels are, everybody is in a single room, whereas normally people are buddying up.

“It’s quite difficult for race teams to get their heads around, because the whole weekend is driven by schedules. When suddenly a day is taken out of the schedule, it takes everybody off guard. I’ve been here before, and I’m used to it.

“We will review the curfew at 5am on Sunday. If the weather is still bad, then we won’t come in at 5am, we’ll come in when it’s suitable. We’ll communicate that with the guys.

“In theory we should be doing qualifying at 10am, and the Pirelli prescriptions allow us to warm the tyres up for five hours, so we’ve got to get them on that five-hour heat cycle. That isn’t completely necessary, but it’s the way we’re used to operating. We’ve also got to put all out infrastructure back in. That’s one of the main reasons for coming in earlier.

“However, they are going to keep the covers on the cars until 7am. So we can come in and work on the infrastructure between 5am and 7am, to get prepared.

“Hopefully we’ll get through Saturday and nobody will be injured – I don’t just mean the team, everybody in Japan – and we can get back on with it on Sunday, and it will all seem very normal again!” 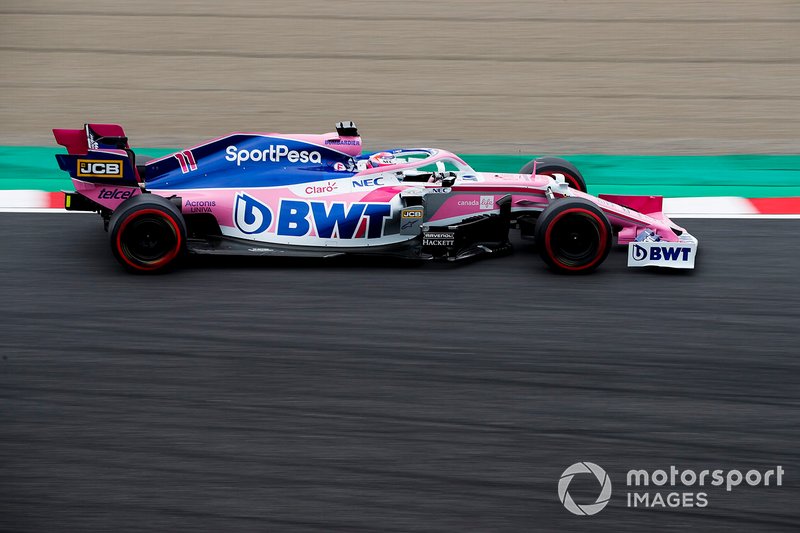