The FIA has tweaked the way penalties will be applied to Formula 1 grids from 2019, in an attempt to encourage those who have penalties to take part in qualifying.

A rule was introduced this year that put anyone with more than 15 places of power unit grid penalties to the back of the grid.

When more than one driver was affected the starting order was determined by the order in which the offence was committed, i.e. when the new elements were first used on track.

That led to the sometimes farcical situation of drivers leaving their garages well before the start of a practice session and parking at the end of the pitlane with their engine switched off, thus bagging their spot on the grid ahead of anyone who joined the queue behind them.

The most extreme example was at the Russian GP, when four cars were waiting at pitlane exit.

To prevent this from happening in 2019 penalised drivers will instead line up on the grid in the order in which they qualified, which will also provide an incentive for them to set competitive times in qualifying, instead of making just a token appearance in Q1 and then saving tyres, as was often the case this year.

The FIA has also clarified that any driver who is outside the 107% rule and is allowed to start will be placed at the back come what may, behind any drivers with power unit penalties.

In other changes to the sporting regulations confirmed by the World Motor Sport Council on Wednesday, teams will now have to ensure that fuel handling procedures are the same for testing as they are at race events.

Since the Williams garage fire at the 2012 Spanish GP the rules have specified precautions such as the use of protective equipment and dry-break couplings, and FIA observers had noticed that the same procedures required for race weekends have not always been employed in testing.

In another piece of tidying up, the rules now specify that cars will be kept under yellow flag conditions until they reach the control line after the safety car returns to the pits.

While no overtaking was allowed in such circumstances hitherto green flags had been displayed around the track when the safety car entered the pits, creating a “mixed message” that the FIA has now addressed.

From now on the SC boards will be withdrawn, the yellow flags will continue to be shown, and the leaders will see the green lights and green flags only at the line.

The final change to the 2019 sporting regulations is to allow unrestricted CFD simulations to be carried out for the development of cars in accordance with the 2021 regulations. This has been done in the past when teams were working on future rules, and reflects the fact that they will be providing feedback that will help F1 and the FIA shape the 2021 rules.

Minor adjustments to the F1 technical regulations are the final signing off on bodywork details relating to the 2019 front wing changes, while an extra 3kgs has been added to the minimum weight, boosting it from 740 to 743kgs.

Usually such weight hikes are related to specific rule changes, such as the addition of the halo or the move to wider wheels and tyres, but in this case teams simply lobbied the FIA and complained that they were struggling to get the weight down to 740. 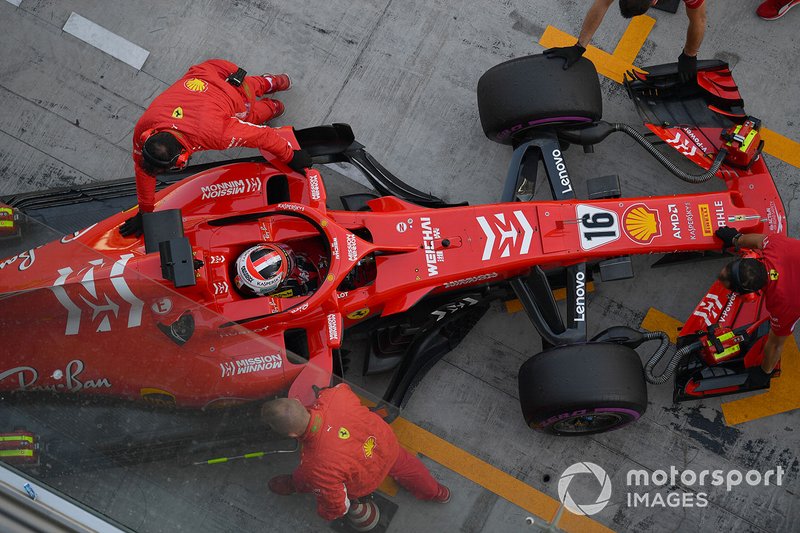