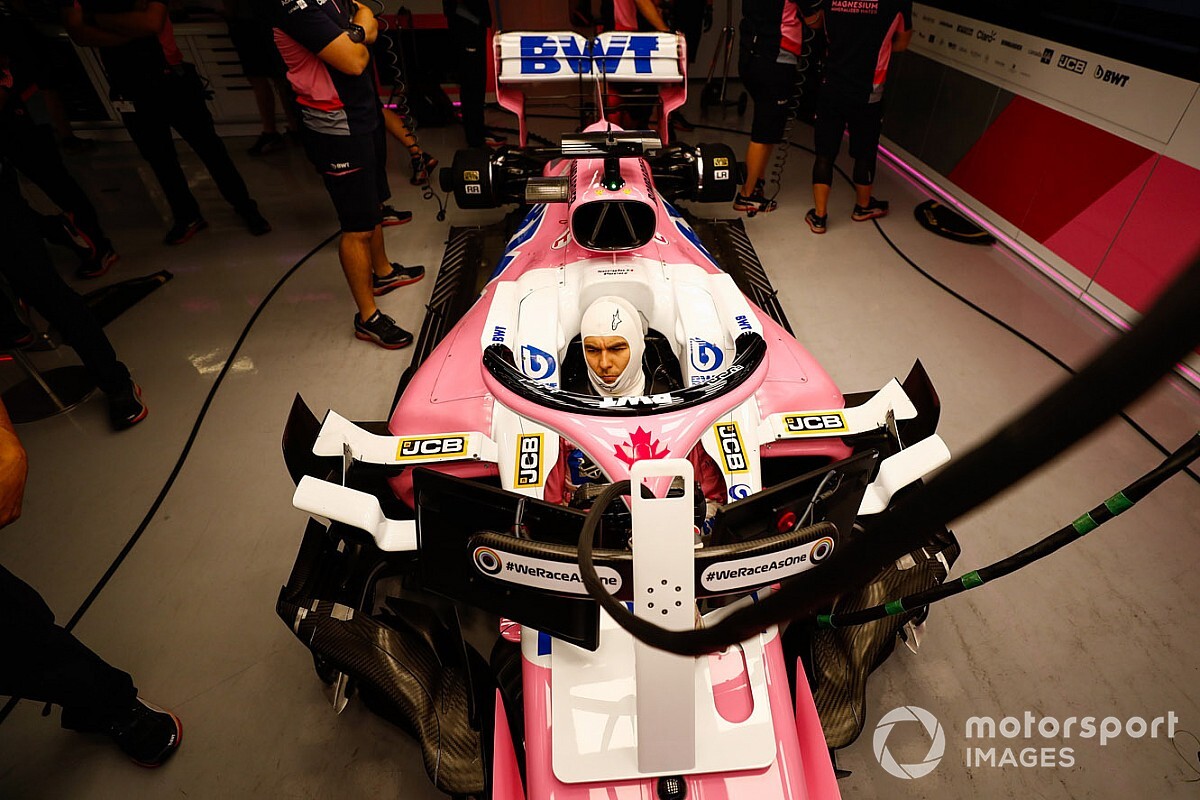 Sergio Perez’s role in helping Racing Point survive in Formula 1, plus his loyalty in committing his long-term future to the team, will play a part in the team’s decision on whether or not he is retained for next year.

The Mexican was instrumental in taking action back in 2018 that allowed the then Force India team to enter administration so it could be rescued by new investors.

In the end, Lawrence Stroll was able to step in and take over the outfit, which has gone from strength-to-strength since.

Last year, Perez duly agreed to tie himself to the team until the end of 2022, even though there were still potential vacancies at front-running teams like Mercedes and Ferrari.

Despite all that, though, Stroll is currently evaluating whether or not to replace the Mexican with Sebastian Vettel – whom he has held discussions with about joining the Silverstone-based outfit. There is understood to be a break clause in Perez's contract that would allow the team to drop him.

Racing Point team principal Otmar Szafnauer insists that no decision has been made yet though, with Vettel himself clear that there have only been ‘loose talks’.

Asked by Motorsport.com if Perez’s loyalty, and the role he played in helping the team survive 2018 would be a factor in him keeping his seat, Szafnauer said: “I think the fact that he has got a signed contract will be a key factor that means we keep him.

“But I know what you're asking, and Sergio has been loyal to us. He's been here for a long time. He's a great racer, works well with the team and he works well with Lance [Stroll] and he helps Lance so I'm sure all those factors do matter.”

Perez is under no illusions that if the team decides to bring in Vettel, then it will be him rather than Stroll who will be forced to move aside.

And while Stroll has had some competitive difficulties since joining the outfit last year, he impressed in Hungary last weekend when he qualified third and finished fourth.

With qualifying especially having been one of his weaknesses in the past, Szafnauer said the job he did at the Hungaroring was important for the Canadian's confidence.

“This is exactly what Lance needed,” he said. “It's a confidence builder for him. And we always knew that he's got the speed and the talent, but when he actually does it under pressure then in his mind he knows he can do it.

"It's not just us telling him.  He did a great job, a lot of good laps and good learning.”

Asked about how Stroll had developed since joining Racing Point, Szafnauer said: “I mean there's a lot of things to learn, including our car, the way the engineering team works, how we share data, how to treat the tyres.

“It’s about knowing what to do on your out lap, how to work with your performance engineer, and all those things don't happen overnight.

“It takes experience, and he's learned all those things. We've also spent a lot of time understanding how to drive this tyre, setting the car up around the tyre, and we can help Lance with all those things.

“He's learned very quickly. And as you can see, the performance has followed suit. There's more to come from him as well.”

Norris happy to see Russell make an impact with Williams

Hockenheim out of running for 2020 F1 race