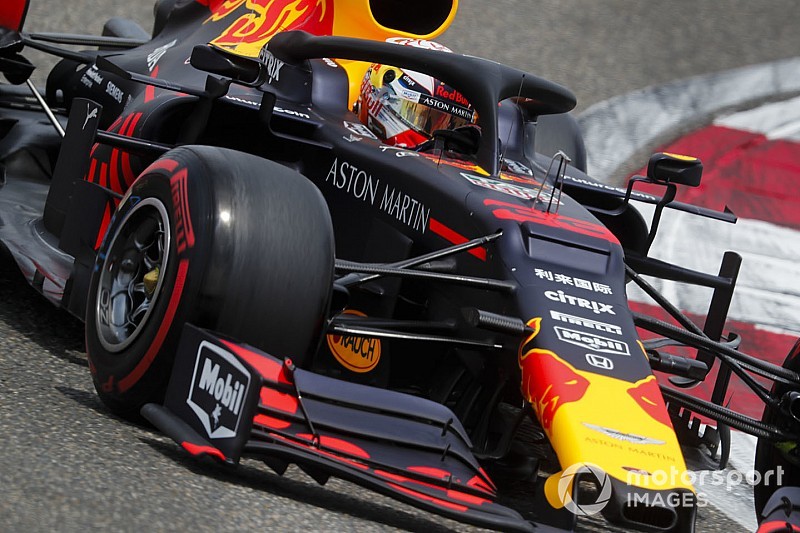 Red Bull boss Christian Horner thinks his team has got its chassis back on track judging by its pace at the Chinese Grand Prix, as he suggested the team's main deficit is now top speed.

After struggling to find a good balance with the car in the opening two grands prix of the season, a breakthrough in the post-Bahrain Grand Prix test helped the Milton Keynes-based outfit make progress in understanding where it had gone wrong before.

Having shown promising pace in Shanghai, as Max Verstappen split the Ferraris to take fourth place, Horner says the performance is proof of the progress the team has made in getting more from its car.

"Definitely," he said. "We have made a step forward from Bahrain and we were definitely more competitive this weekend.

"When you look on the overlays, particular sector one and sector two, we are in good shape. In sector three we still have some work to do, but we have some upgrades and so on coming soon that will help with that. So generally on that side, a positive weekend."

The reference to sector three in China, which includes the 1.2 kilometres long back straight, would appear to put the onus back on Red Bull's engine partner Honda to lift its game.

With rivals Ferrari and Mercedes having more aggressive engine modes to play with over a race weekend, Horner is hoping that gains will come on this front from Honda too.

"I think they are making progress with it," he said. "There is stuff in the pipeline that will certainly help but others aren't standing still.

"It is all about evolution. Our goal this year has been all about closing the gap to Mercedes and Ferrari and we are doing that.

"We split the Ferraris, and were certainly closer on pace to Mercedes. There will be a concertina effect that will happen between now and the halfway point of the year."

Despite being able to overhaul Charles Leclerc in China, Horner reckoned that the result was more down to clever strategy calls than the performance of its car.

"I don't think we had a faster car than Ferrari, so our best way of beating at least one of their cars was going on to the two-stop.

"That then sparked some discussion between Sebastian [Vettel] and his pit wall as to whether or not they were going to stop at all, but in the end they covered, and Mercedes had to cover him.

"Leclerc got hung out to dry a little bit. So for us, P4 was the maximum."