Monza result made F1 feel like "a different sport" for Renault 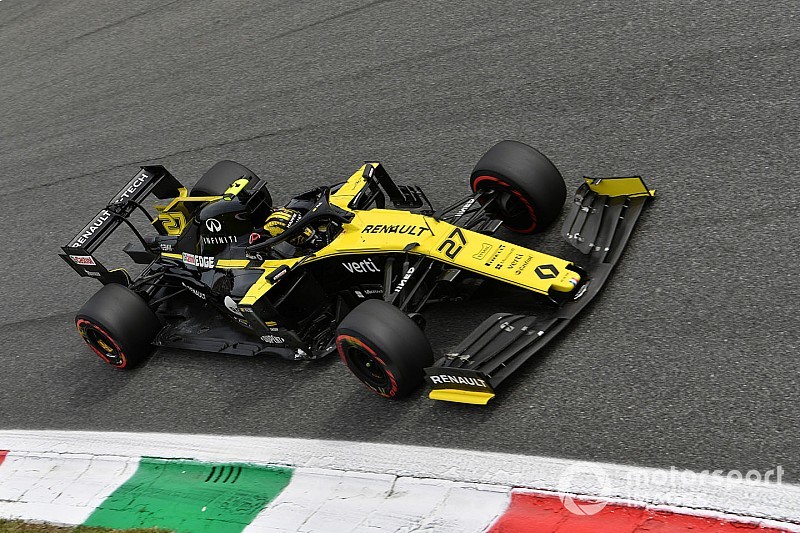 Renault boss Cyril Abiteboul says the French squad's strong results in qualifying for the Italian Grand Prix made Formula 1 feel like "a different sport" for the team.

Daniel Ricciardo and Nico Hulkenberg gave the team its best Saturday result for over a decade by qualifying fifth and sixth in Italy.

In Belgium last weekend they also qualified strongly, but both took grid penalty hits after the team decided not to split a change to the new spec engine over two races.

They only used the new engine on Friday in Spa, before it was taken out for Saturday and kept fresh for Monza.

"First we need to be able to do a better work to avoid having to take any penalty, and stop having to be smart about when to take them," Abiteboul told Motorsport.com.

"A better result would have been possible in Spa without the penalty, without the first-lap incident when you're starting from the midfield.

"Just like we knew a good result was available here, because we know the car has a good top speed, and we know the car is extremely competitive in slow corners, which is a little bit the situation here.

"There are a couple of medium to high-speed corners, but you are not losing a lot of time here when you are not competitive. We still know where our weakness and strengths are and we need to work on that harder."

Abiteboul added that chasing the top teams had been a big boost.

"We know what's missing, we know what we want, we need to convert that into more energy and a more competitive car for tomorrow."

Ricciardo agreed that the last two tracks have played to the strengths of the package.

"Spa was stronger and knowing that we ran quite a lot of downforce there I was pretty confident coming into this weekend and I think that showed again," said Ricciardo. "Maybe there's a little trend where at lower downforce tracks we seem to be better this year

"Montreal was a low downforce circuit as well and that was our best quali.

"We were fourth in Montreal, fifth here, sixth in Spa, so there is a little bit of a trend - Monaco is high downforce and we were quick there, but that is just pure driving style. I think low downforce is where we seem to find a little bit more at the moment."

Hulkenberg highlighted the contribution of the engine.

"I think this track obviously suits us or hides our weakness maybe more and brings forward the good side of our power unit," said the German. "I think that's the reason we are competitive this weekend."

The Italian Grand Prix as it happened