Formula 1's closed events this year have made it much harder for the technical secrets of teams to be revealed, with photographers not able to get as close to the cars as before.

Eventually, however, the key details of all the designs do emerge – as happened in Russia when Ferrari's latest upgrades were exposed by Sebastian Vettel's qualifying crash.

The lack of action on the opening day of the Eifel Grand Prix has meant more time to analyse what the teams are doing in their garage, and that has helped us get a brilliant insight in to an interesting front wing solution on the Red Bull RB16.

The team's mechanics are normally very careful about how they present the wing to the front of the car, well aware that viewing it from the right angle can reveal its inner workings. 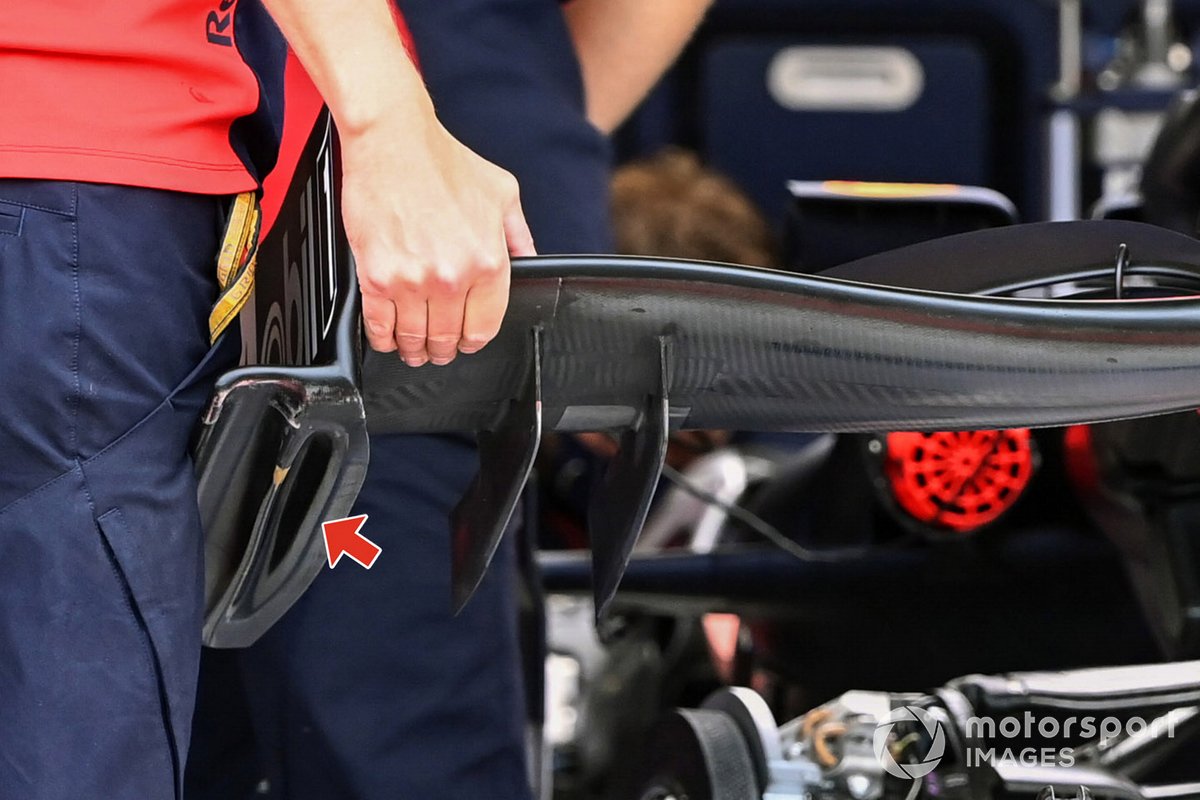 While it is not entirely clear what the intent of this furrow is, it has raised the question about whether it is simply a crevice to alter the distribution of pressure, or whether there's a larger system at play that helps improve the outwash effect and reduce the turbulence created by the front tyre. 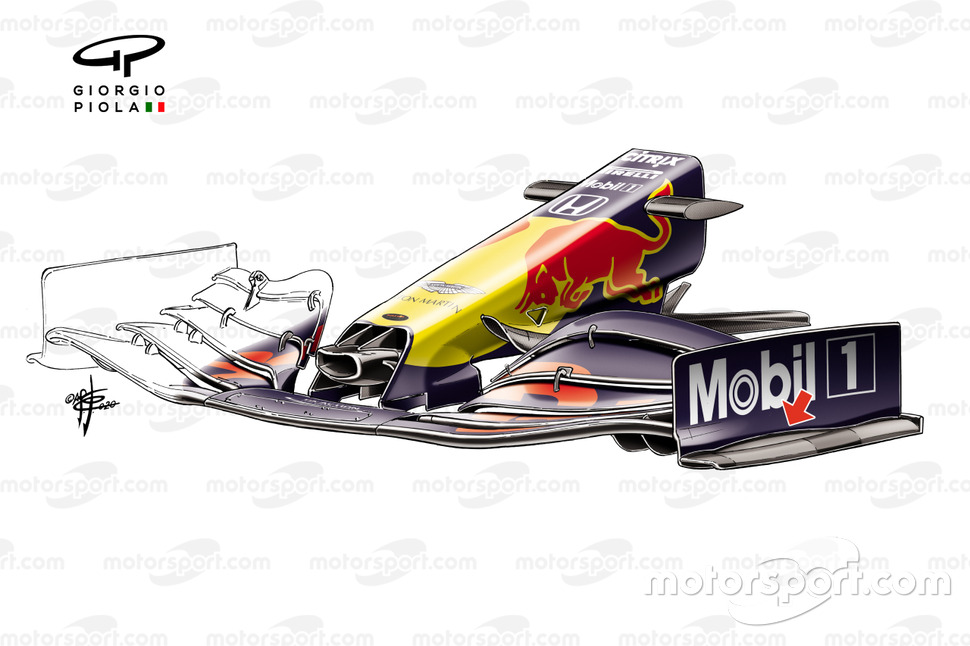 The intricate design of the footplate, both on the upper and lower surface, would suggest the latter and indicates that a hollow endplate may have been deployed by Red Bull. This design appears to feed two blowholes on the trailing edge of the endplate.

This could help simulate the sort of effect that taking a notch out of the corner might have, given that many teams favoured such a solution last season when the regulations were fresh. 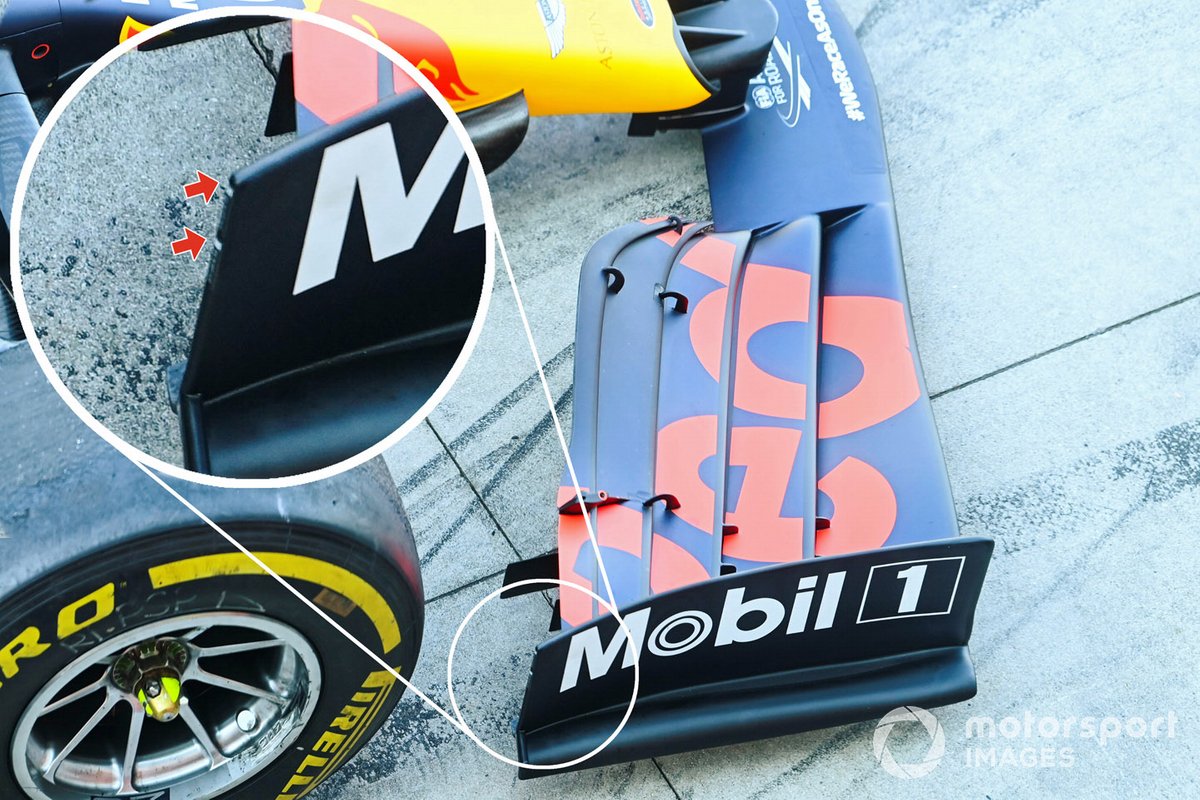 Irrespective of the actual makeup of this solution, it appears that Adrian Newey and Red Bull are once again pushing the aerodynamic boundaries in their bid to close the gap to Mercedes.

The RB16 has been a tricky car to handle this season, with it suffering from some aero imbalances, but the team has been working hard on improving its consistency and mastering this front wing area could have been a key part of its focus.