Formula 1’s global sponsorship boss says the championship would “love” to have a second race in China. 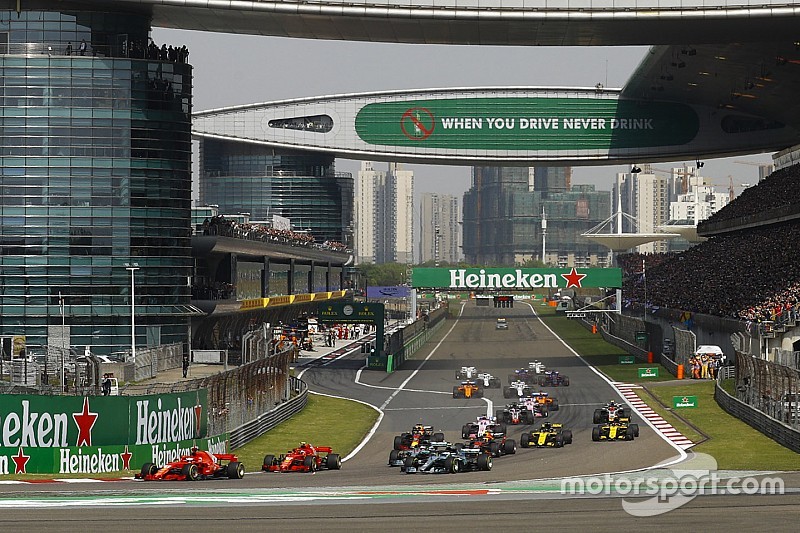 The Chinese Grand Prix at the Shanghai circuit has been ever-present on the calendar since the inaugural race in 2004, and this year’s race will be the 1,000th in F1.

F1, like other major categories, has identified growing its presence in China – the world’s second-largest economy and a key location for car manufacturers – as a priority.

Head of global sponsorship and commercial partnerships Murray Barnett, in Beijing for an F1 strategic marketing conference, told China’s state news agency Xinhua: "We would love to have a second race here.

“Probably not in the short-term, given how congested the schedule is already.

“But we'd certainly love to figure out a way to have another grand prix here."

He added: "We're looking at a number of different things to try to generate more interest on a local basis.

“We can't just be here for the three days of the grand prix. We need to have a year-round presence here and be much more locally relevant in order to really establish a big fanbase here."

More than half of the countries that currently host a grand prix do not have a local F1 driver.

Ma Qing Hua is the closest China has come to having a home-grown talent in grand prix racing, but he only took part in five free-practice sessions with the HRT and Caterham teams.

Its best prospect now is Guan Yu Zhou, the 19-year-old former Ferrari Driver Academy protege who has joined Renault’s F1 junior scheme for 2019 ahead of his rookie Formula 2 campaign.

Barnett said: "We'd love to see him [in F1]. Ultimately, that's down to the teams, but I think even they recognise what a fantastic opportunity China is.

“You never know, we might see him in F1 very soon."

Adding a second F1 race in China would require an already-swollen calendar to grow further, but F1 owner Liberty Media has made it clear it is willing to rise to as many as 25 races.

Liberty has already added a 2020 GP in Vietnam, boosting its portfolio of Asian races and taking the season to a possible 22 GPs.

Barnett said it would avoid a repeat of previous failed expansions to new territories like South Korea and India.

"We've learned what we did wrong in those races,” he said. “We're making sure we don't make the same mistakes again.

“Both of those races only had short-term deals, and we certainly believe in investing for the long-term.”

Hulkenberg would win "straight away" at top F1 team - Sainz