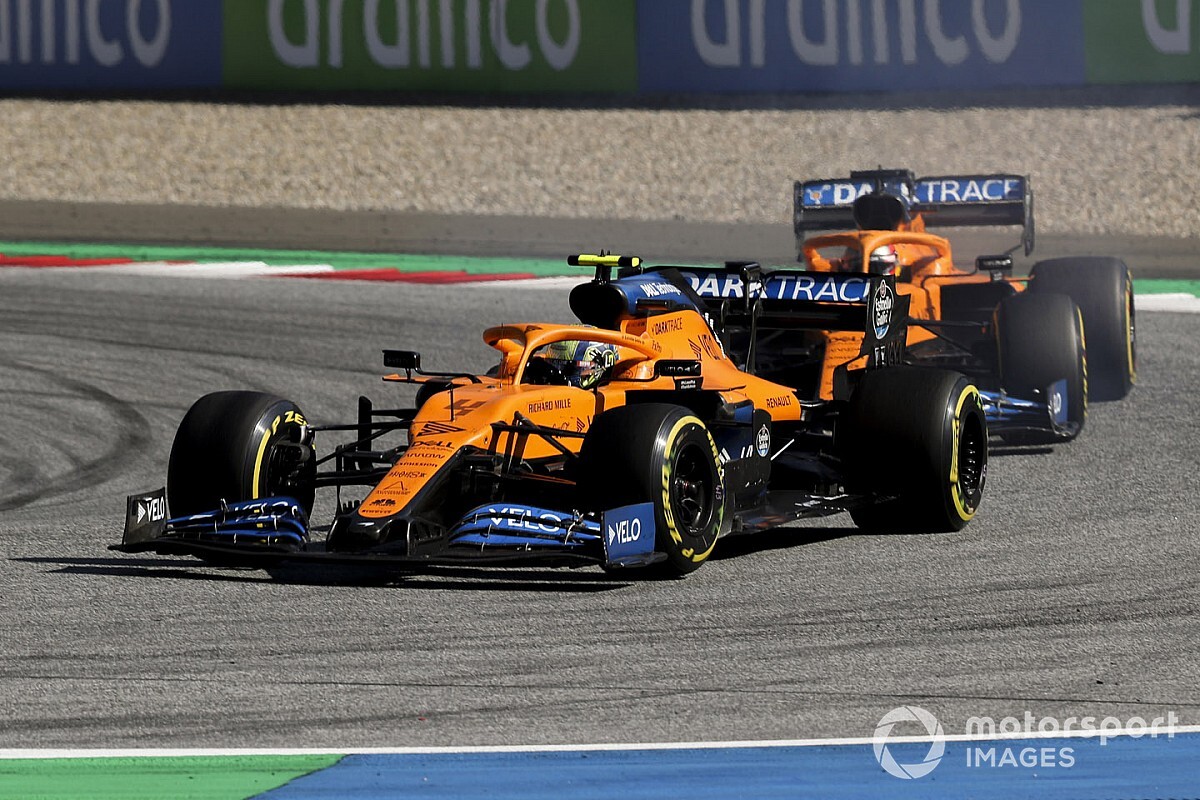 McLaren Formula 1 boss Andreas Seidl would see it as a “personal attack” if drivers Carlos Sainz and Lando Norris were to clash on-track this year.

McLaren made an impressive start to the 2020 season in Austria last weekend as Norris finished third to score his maiden F1 podium, with Sainz taking fifth place.

The two drivers ran side-by-side for position in the closing stages of the race as Sainz looked to pass his teammate, only for Norris to fend him off and go on to pass Sergio Perez.

Seidl said there were “clear rules of engagement” between the two drivers, but they remained free to race unless the team saw it necessary to make an on-track switch, as seen at last year’s Brazilian Grand Prix.

“I think [it] is important, especially at the beginning of the season, because that ensures also that you get the maximum out of these guys and both drivers.

“I know that if you allow them to race freely, contact shouldn’t happen, and I have a lot of trust in these two guys.

“I’m not naive, it can happen. If you look around in the paddock in the last 30 years, whenever you allow free racing, it ended up in a crash in the end. I hope we can avoid that.”

Seidl warned that he would see it as an attack on McLaren and himself if the drivers were to jeopardise the team’s chances by colliding on-track.

“It is clear if we get to that point, it would happen once,” Seidl said. “I would take it very personally. Then we take it from there.

“We shouldn’t forget that whenever these guys go out of the garage, they put their lives on the line as well. You need to allow these guys also that mistakes can happen, otherwise they can’t perform at the limit.

“At the same time, it always needs to be clear that we are all here for McLaren and for the team. The highest good we have is the team.

“As soon as the ego of one driver is in the way of the interests of the team, I would take it personally.

“I see it as a personal attack on me as well. Then we go from there.”