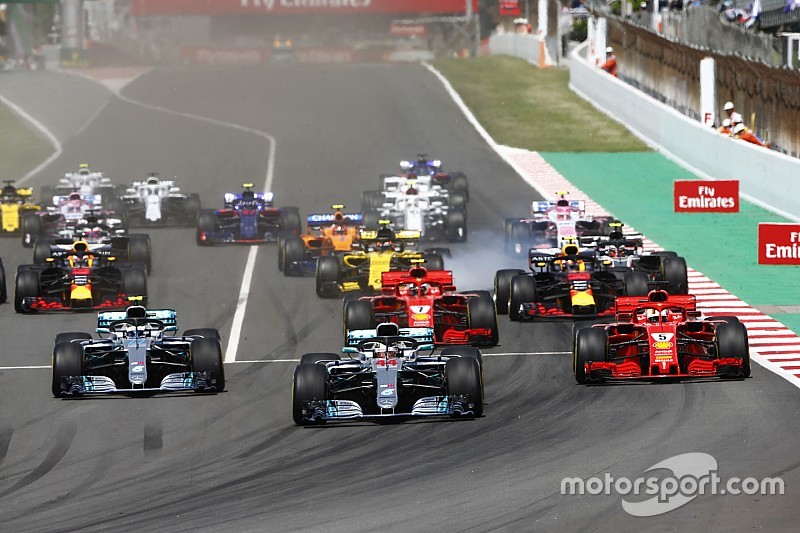 The Spanish Grand Prix will remain on the Formula 1 calendar at Barcelona next season after striking a fresh deal for 2020.

Spain's only F1 race was under serious threat but the Barcelona circuit has signed what appears to be a new one-year agreement to host the event again.

The circuit has announced it will implement a "strategic plan with the will to create a larger project for the facilities" and secure the "feasibility" of the event.

Its statement added: "The plan will serve as a framework to define the role that F1 shall have on a longer-term [basis]."

According to F1, more than half a million spectators have attended the race over the last three years and reported data from the circuit that this year's grand prix generated €163m for the region.

F1 CEO Chase Carey said the parties would seek to agree a longer-term deal in the coming months and thanked Catalan president Quim Torra for "vital support" during the negotiations.

"The decision to continue to stage a round of the pinnacle of motorsport in Spain, a country with a great motor racing tradition, dating back to the start of the last century, is part of our strategy of maintaining Formula 1's European roots, while also currently expanding the championship into new territories," said Carey.

"The promoter's willingness to be part of Formula 1 going into 2020 is proof of the sport's ability to act as a catalyst for regions to hold world class events and also to have a positive impact on the area's economy.

"In the coming months, we will continue our discussions to see if we can further extend this advantageous relationship."

The new contract means Italy and Germany are the only remaining races at risk for 2020.

Five races on the current 21-race calendar had deals that expired after this season: Spain, Germany, Britain, Italy and Mexico.

With the revived Dutch GP and a new race in Vietnam being added next year, and teams only agreeing to a 22-race schedule, F1 was prepared to lose one of the existing races.

Silverstone agreed a new multi-year deal for the British GP and Mexico's future without state funding has also been secured.

Monza bosses have been confident of a fresh Italian GP contract and have consistently called for government support to get that over the line to ensure it remains the only circuit to be part of every F1 season since 1950.

Circuit chiefs are keen to secure the race up to its centenary year in 2022 as well as get the funding required to overhaul the circuit, with plans including removing one of Monza's chicanes.

The German GP, the fourth most-held race in F1 history, appears most at risk of dropping off the calendar.

Mercedes funded this year's race on a one-off deal but said it was not willing to continue with that arrangement longer-term.

The German GP has been held 64 times since 51, with only the British, Italian and Monaco GPs appearing on the calendar more often.

Promoted: Ricciardo pitches for INFINITI Employee of the Month