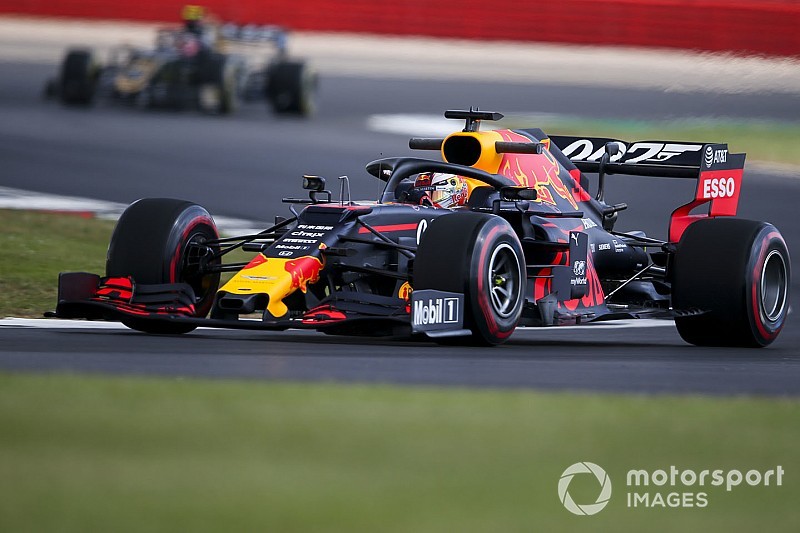 Max Verstappen says Red Bull's rapid progress in Formula 1 is "still not good enough", as he claims the team is still further away from Mercedes that he would like.

While the Dutchman's impressive run of results this year has lifted him to third in the drivers' standing, he says that he takes no satisfaction from having overhauled Ferrari so far.

Pushed on what challenges he reckoned he faced in the forthcoming races, he said: "Closing the gap to Mercedes. That is the biggest one I think. We want to win so that is our biggest challenge ahead, to try to close that gap."

Asked how far away he felt Red Bull was from Mercedes, he replied: "Further than I would like. We are getting closer but it is still not good enough. We know that. We are working hard to try to close it."

Verstappen acknowledged that a series of updates that Red Bull has brought to its car had improved things.

"The grip has been stepping up for sure," he said.

But he reckoned it was often hard to judge where the chassis compared to Mercedes because the two teams often ran different downforce levels.

"Sometimes we are running a bit less downforce, sometimes a bit more," he said. "It depends on how your car is balanced as well, high speed or low speed, one track is high speed and another is low speed.

"Also in Silverstone we were running less downforce so automatically in the low speed corners you lose a bit of grip as well. We were faster on the straights at Silverstone which was a bit odd, but it seemed to work the best for us."

Verstappen does believe, however, that more progress from Honda and Red Bull applying lessons learned from this year's car could be enough to deliver a big step forward in form for 2020.

"At the end of the day second is always better than third, but we are here to win," he said. "Of course we want to be in front of Ferrari, but we want to be there with Mercedes.

"This year at the moment we are trying to get the most out of the engine as well and learn from what we did wrong at the beginning of the season, or not as good compared to Mercedes and Ferrari. Hopefully next year we can fight for the wins all the time."

Hulkenberg "quite likely" to stay at Renault in 2020