Hulkenberg "quite likely" to stay at Renault in 2020

Nico Hulkenberg thinks it is "quite likely" that he will remain at Renault in 2020, even though he says the team cannot be happy with its rate of progress. 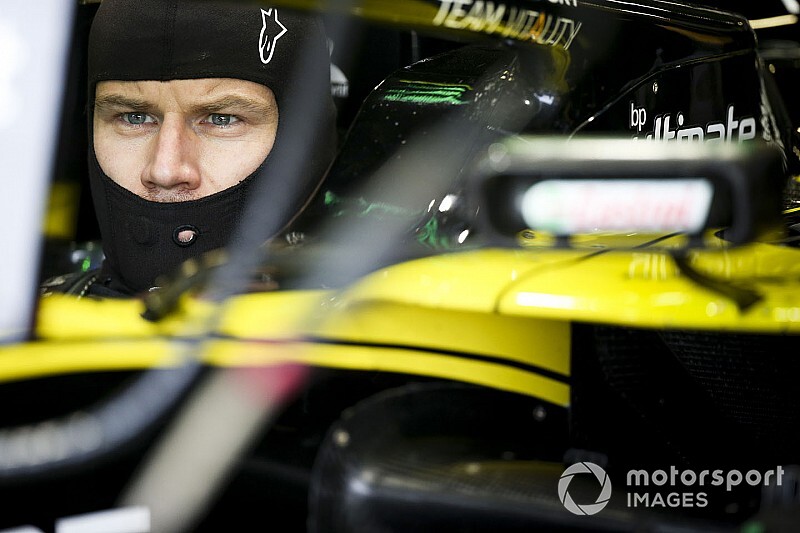 The German's future with the French car manufacturer has been in doubt amid speculation that it could do a deal with Mercedes to take Esteban Ocon alongside Daniel Ricciardo next year.

But despite his own clear frustrations at the way Renault has not been able to build on its strong 2019 form, Hulkenberg says he remains optimistic about the future for both himself and the team.

"I think it is fair to say that so far this season we cannot be entirely happy with what we have achieved," said Hulkenberg ahead of the German Grand Prix.

"To start with we had a lot of issues and missed out on results, but a little bit more disappointing is where we are in terms of pace and development rate. It is not really where we needed or wanted it to be.

"So behind expectations this year probably all in all, as well as not entirely happy if you look across the three years. We cannot be entirely happy with everything that we have done."

Although Renault has shown flashes of strong form this year, it has also endured big frustrations which were not helped by reliability woes earlier in the campaign.

While the team's short-term ambition is to close the gap to McLaren, Hulkenberg thinks there is potential for bigger gains in the longer term.

"The outlook is still good, we still see light at the end of the tunnel," he said. "I do believe we can still catch up to some extent. How much is always difficult to say with entire certainty, but we see what happens in the future and we see what happens to me as well.

"For me there is nothing set in stone but I think it is quite likely that I will remain with the team."