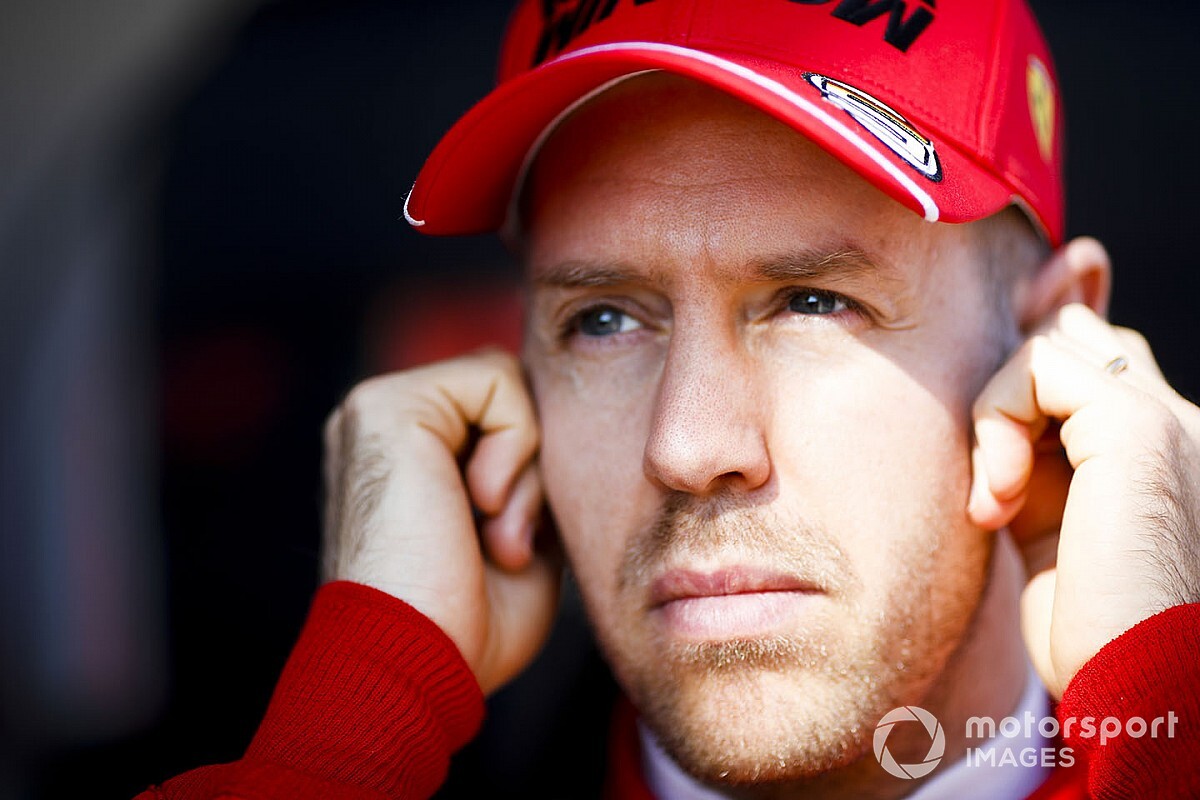 Sebastian Vettel is in talks with Ferrari about taking a pay cut this year as a result of the coronavirus crisis, but says any decision made will be kept private.

The four-time world champion is in the final year of his contract at the Maranello team and has already been speaking to the outfit about extending his deal.

However, his situation has been complicated by the F1 season being put on hold because of the coronavirus pandemic.

With teams facing a financial hit because of the lack of racing, a number of highly paid stars have taken pay cuts to ease the burden they have right now.

Vettel said he was aware of what others had done, and was engaged in discussions with his bosses about how to best deal with the matter.

However, he was clear that he had no intention of boasting about any decision that was made simply to make himself look good.

“It is definitely something I'm talking about with the team,” said Vettel, speaking from his home in Switzerland via video conference to selected media.

“We don't know yet how the season will look like, when it will start, how many races we have and how it will be going on, etc.

“But I've always kept whatever decisions I made on this front with the team and myself. And it will be the same this time.

“So I'm not going to use this argument or this point at this time as as a sort of image polish or anything like that.

“I think what I've decided to do in the past I've done in quiet and it will be the same now.”

Vettel said that key to framing the discussions was the type of season 2020 was able to deliver - with a lot resting of it the campaign stretched to a full season or only had a handful of grands prix.

“[It’s] whether we will have only five races, 10 races 15 races, or no races,” he explained. “I think, right now, obviously, it's quite serious the situation in Formula 1, with a lot of discussions about the future. So what is the right thing to do, and economically as well?

“I think we will have wait and see what happens in terms of what type of season we will have.”

Revealed: The untold secret behind a Ferrari flop