Ferrari Formula 1 chief Mattia Binotto says there are “no big differences” in the data from Sebastian Vettel and Charles Leclerc’s cars to explain their gap in performance. 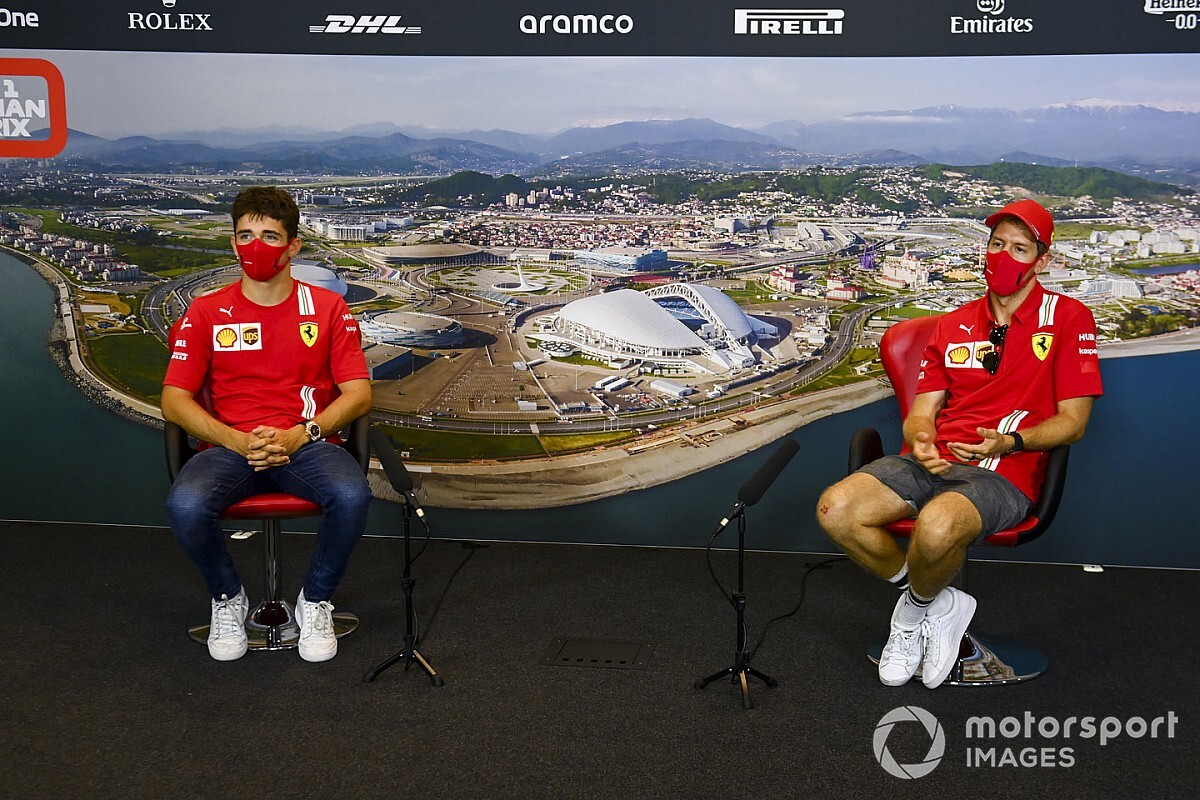 Leclerc has led Ferrari throughout the 2020 season, scoring two podium finishes and more than four times as many points as Vettel, who has not finished a race any higher than sixth.

Vettel himself has conceded that Leclerc is able to maximise the potential of the Ferrari SF1000 more and enjoy greater levels of confidence with the car - something four-time world champion Vettel has acknowledged he lacks.

But Ferrari team principal Binotto said there were no noticeably big swings in the data taken from both Leclerc and Vettel’s cars this year, with the performance gap only coming as a result of lots of small differences adding up.

“I don’t think there is a key difference,” Binotto said. “I think at the end, it’s very small differences. We are not speaking about a big number. It’s always a sum of hundredths per corner, per braking, so it’s very little.

“It’s up to us, our duty, to help him and know that he can deliver better, and that is it.

“Looking at the data, there are no big differences. That’s the point.”

Vettel will leave Ferrari at the end of the season after a six-season stint with the team after it opted against renewing his contract for next year.

The German driver has already said he is eager to end his time at Ferrari with “dignity” and improve his level of performance towards the end of the year.

Vettel explained that while he has maximised the potential of cars he has previously driven through his F1 career, he does not feel he has done so with the 2020 Ferrari.

“Just like any time throughout my career, I’m driving to do everything that I can to go as fast as I can,” Vettel said.

“Currently I’m not able to get the same out of the car as Charles is, so obviously I’m looking forward with the engineers to try and understand, and work on it, and continue to work on it.

“So far in my racing life, I’ve always been able to extract the maximum. This year seems a bit different, but there’s no other choice than working on myself and working on the car.

“I don’t think it’s down to the way the car is handling. I think you always have to adapt. That is true in go karts all the way to Formula 1, and something that normally has never been a problem.

“Clearly, as I said, I’m missing something this year, and I’m trying everything I can to get on top of it.”