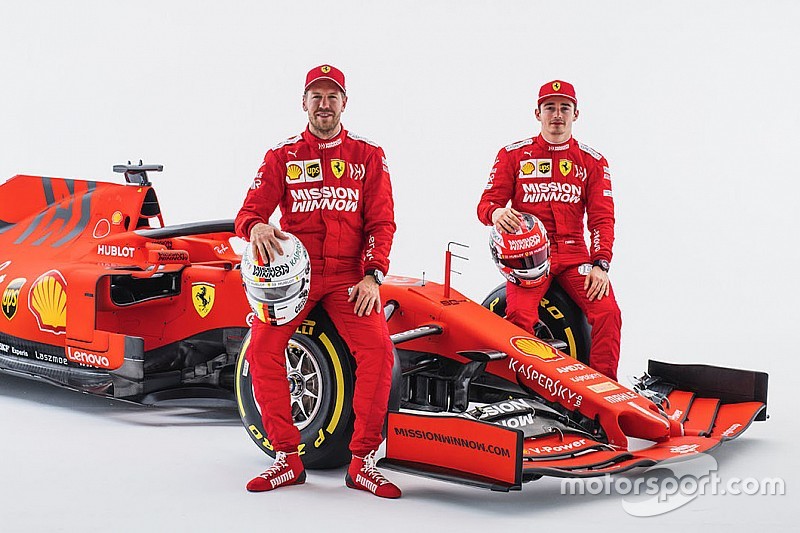 Mercedes boss Toto Wolff believes that Ferrari suggesting it could favour Sebastian Vettel from early in the season is a "statement".

New Ferrari team boss Mattia Binotto, who landed the top job after Maurizio Arrivabene was dropped, suggested last week that Vettel may be prioritised over Charles Leclerc if the situation calls for it.

"I think it's normal, especially early in the season, that if there are particular situations our priority will be Sebastian," Binotto said at the launch of Ferrari's 2019 car.

Wolff has no doubt that Binotto faces a big challenge in managing the Italian team's drivers.

"First of all Mattia has a tremendous task in front of him, and I believe he wants to do it his own way," said Wolff.

"Team orders are always a very controversial topic, we've discussed it last year, be it within Mercedes or Ferrari, and coming out with that at the beginning of the season is a statement."

Asked what sort of relationship he expected to enjoy with his rival, he added: "I've known Mattia for quite a long time, for many years, first as the engine boss and then as the technical director.

"Obviously now he's stepped up to being the team principal. I respect him, he's a very intelligent man, and he knows how to manoeuvre his way through the paddock. He will be a force to be reckoned with, absolutely."

Wolff admitted that the prospect of being the first team to secure six double titles – which would move his Mercedes team ahead of Ferrari in the record books – was very motivating.

"This is a little bit how it feels. But Ferrari is going to do everything to not make that happen, and equally some of the other teams."