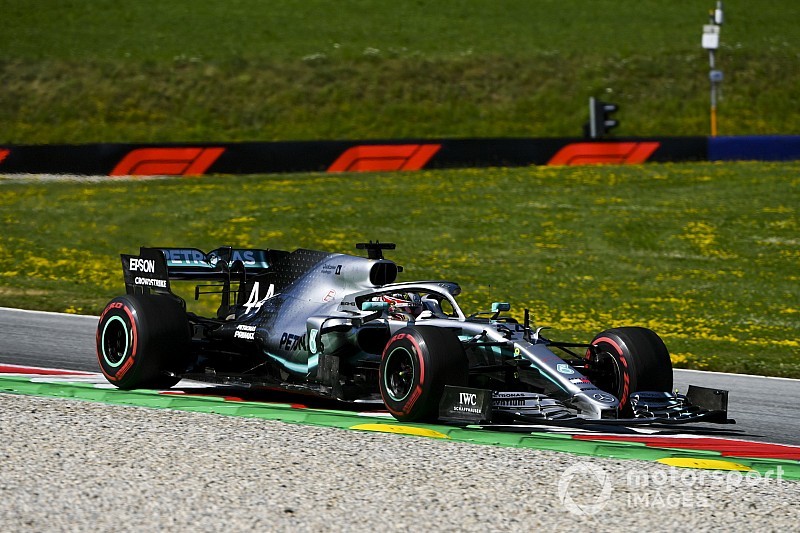 Mercedes boss Toto Wolff says that the exciting Austrian Grand Prix should silence critics of modern Formula 1 after an uneventful race in France a week earlier created a negative reaction.

Wolff made a comparison with British businessman Gerald Ratner, who famously criticised his own low-cost jewellery products in a speech in 1991, causing huge damage to the reputation of his company.

“I think all the ones that used the polemic and the hardest words in their rhetoric should remember [this race] the next time they start to complain,” said Wolff when asked by Motorsport.com.

“We shouldn’t be doing a Ratner and talking our sport down when we have a next race where the sport is more than alive, but is spectacular, with a full crowd, with controversy on track, and some fantastic racing."

Despite a poor result for Mercedes, Wolff said Austria was a positive weekend for the sport, and commended Pirelli for standing firm in the face of pressure from Red Bull and Ferrari to switch back to 2018 tyres.

“I feel it’s a very good day for F1. Some fantastic racing, and I want to really say bravo to Pirelli, that have stood strong to the opinion that withstands manipulation and delivered us a product that we were able to push until the very end.

“Last year we had some blistering issues, this year the tyre was great, and it is a little bit humorous that the ones that complained the most are the ones that pushed the tyre all the way to the end.”

The Mercedes team boss is anticipating a better showing from his W10 cars at the upcoming British Grand Prix - but doesn't believe they'll be as comfortable as they had been at Paul Ricard.

“I really much enjoyed the hard racing and I think people have criticised that there’s not enough hard racing, and that Mercedes were too far ahead.

“I think that the power deployment isn’t as much of a differentiator through the fast corners. So I think Silverstone should be much more to our liking, maybe not as good as Paul Ricard, but much better than Austria.”