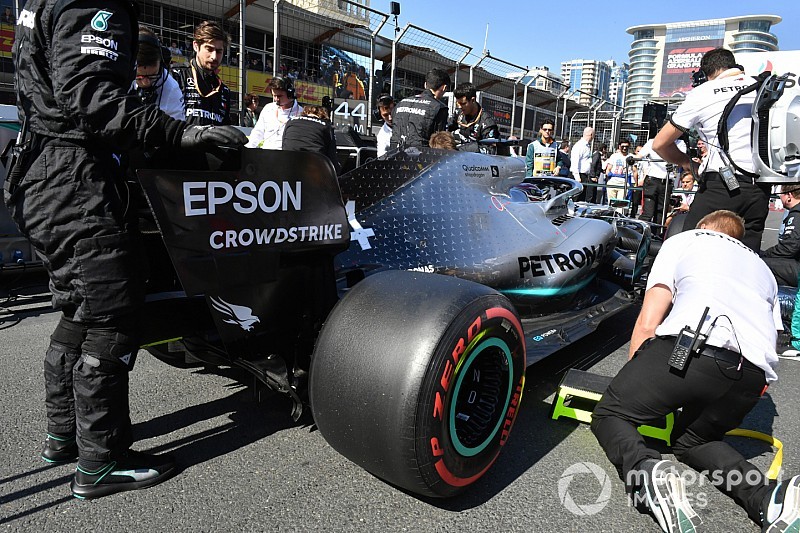 In 2018, Pirelli introduced tyres with a slightly thinner tread for the races in Spain, France and Britain to prevent blistering, and decided to make that the standard specification for this season.

Ferrari, which has often been less aggressive on its tyres than Mercedes, is struggling with the new-spec rubber and Sebastian Vettel described it as the "more dominating factor" in the team's performances so far this year.

Wolff said: "I think there's actually a wider operating window [with the 2019 tyres] but I think it's the usual learning slope. When you've had a tyre for a long time, all your data and all your simulations are based around a certain compound and a certain structure.

"Then suddenly the tread changes from one year to the other, all your learning is basically not so relevant anymore. It's also about adaptability, the team that learns quickest to understand the new circumstances."

Mercedes has earned four one-two finishes in a row at the start of the 2019 season, but the Ferrari was the quickest car in Bahrain and had the edge in Azerbaijan until temperatures dropped in qualifying.

That transformed Mercedes from being much slower in final practice to locking out the front row and keeping Ferrari at arm's length in the race.

Asked what Mercedes was doing differently to be so effective with the tyres, Wolff said its 1.6s deficit in final practice in Baku was a good example that it still falls foul of the ideal operating temperatures.

"We didn't do anything different, we just didn't have the tyre in the window," said Wolff. "Then it was also about seeking the right compromise between qualifying and the race.

"[In the race], Max Verstappen was the quickest guy on track at the end, [then there was a] virtual safety car, the tyre doesn't come back and he's struggling to put heat in the tyre and generate grip. He came on the radio saying 'I have no grip'.

"That is the science where every team gradually progresses and tries to understand their performance better."