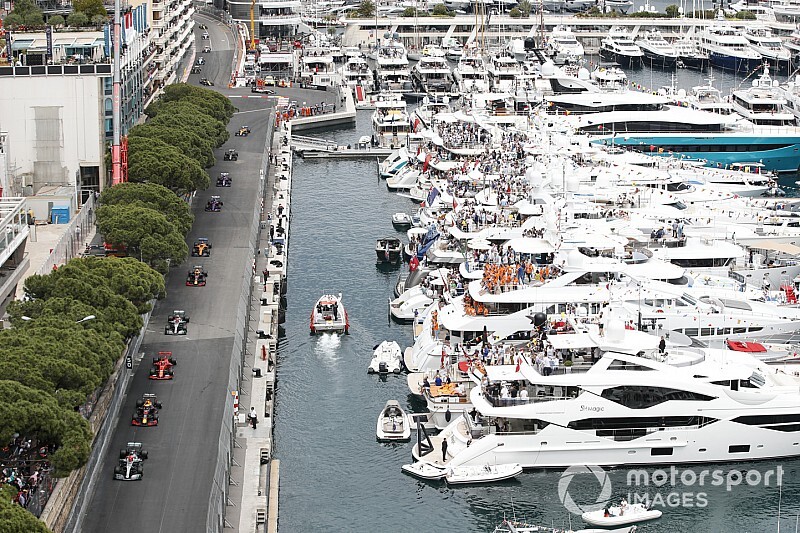 The Monaco government is allowing construction work on part of the Formula 1 circuit to continue amid a ban that comes into force this week as a result of the coronavirus pandemic.

State-backed projects are to be put on hold due to the pandemic, but an exception has been made for work on Quai des Etats-Unis – the straight from the chicane down to Tabac.

Counsellor of the Ministry of Equipment, Environment, and Urban Planning Marie-Pierre Gramaglia said in a statement on Wednesday: "This work must continue as long as the decision to postpone or cancel the Formula 1 grand prix has not been taken because of the possibility that it will be held in good conditions."

Monaco has taken strict precautions in recent days: On March 14th it was announced that public places such as cafes, bars, restaurants, nightclubs and cinemas would be closed until further notice, and schools were subsequently closed as well.

On Monday, it was revealed that the principality's ninth positive COVID-19 case was Minister of State Serge Telle – the head of the government – who is now working from home.

Although F1 insiders are working on the basis that the Azerbaijan GP on June 3 is the earliest possible restart for the 2020 world championship, the three races preceding it – the Netherlands, Spain and Monaco – have not yet officially been postponed or cancelled.

A communication from F1 last week suggested "the end of May" for a possible resumption.

The complication with Monaco is the long lead time required to build up the circuit, which has been extended by two weeks since the introduction of the extra race weekend that alternates between the Historic GP and Formula E, which is earmarked for the former on May 8-10th.

Race organiser Automobile Club de Monaco has closed its offices, but it reiterated on Monday that both events "are currently expected to take place as originally planned."

F1 insiders have suggested that there is little chance of Monaco being rescheduled if it is postponed.

The race is the only one that does not pay F1 a hosting fee, and thus in a condensed calendar priority would be given to finding slots for races that are more lucrative.

The calendar will be among the subjects discussed in a phone conference today involving the team principals, F1 bosses Chase Carey and Ross Brawn, and FIA president Jean Todt.