F3 teams could ask for qualifying to be split into groups 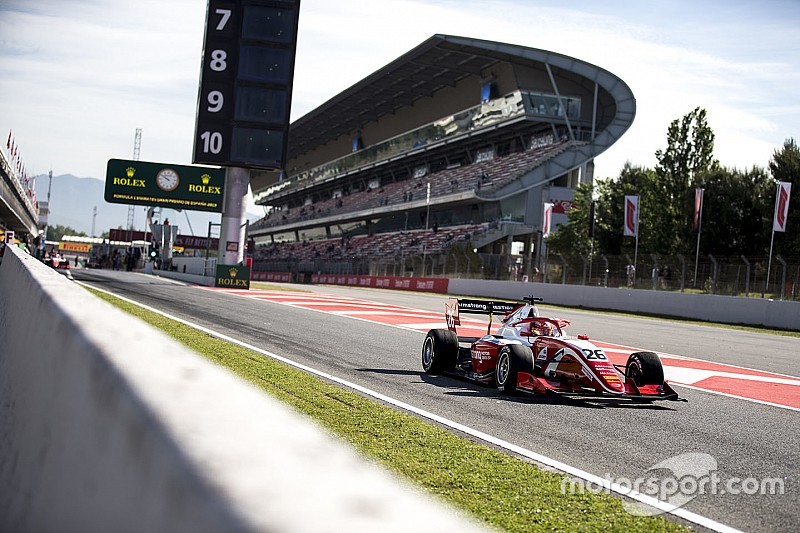 The new series – the result of a merger of European Formula 3 and the GP3 Series – kicked off in Barcelona last weekend, with 30 cars on the grid.

It featured a standard qualifying session with all cars free to lap at anytime during the session.

However, most teams went for the standard GP3 strategy of one or two flying laps with as many cool-down laps, pitting to digest data before going out for one or two final flying efforts towards the end of the session.

Prema Racing was one of a small number of teams to try an alternate strategy, running in the mid-session gap where its Ferrari and SMP Racing-backed driver Robert Shwartzman shot to the top of the leaderboard with a lap in clean air while others debriefed with engineers in the pits.

Both European Formula 3 and the Formula Renault Eurocup have implemented qualifying groups in recent years, especially at tracks like Pau and the Norisring, where track space is at a premium.

While the FIA Formula 3 Championship doesn't run at either of those tracks, teams have pointed to the Hungaroring and Red Bull Ring as circuits which could cause traffic issues.

Hitech Grand Prix team boss Oliver Oakes saw his drivers struggle in qualifying, particularly Red Bull-backed Juri Vips who was baulked on his last lap in qualifying – as many other drivers improved their laps – and had to start from 11th. He raced through to fifth from the 11th-place starting spot.

"The difficult thing for the rest of the year is going to be qualifying, with 30 cars on track," Oakes told Motorsport.com.

"There's talk from other teams that groups could be used in the future and I think that could be a good thing, we do want to make sure the right drivers start at the front."

Multiple other teams confirmed to Motorsport.com that they would be in favour of a grouped system for congested tracks.