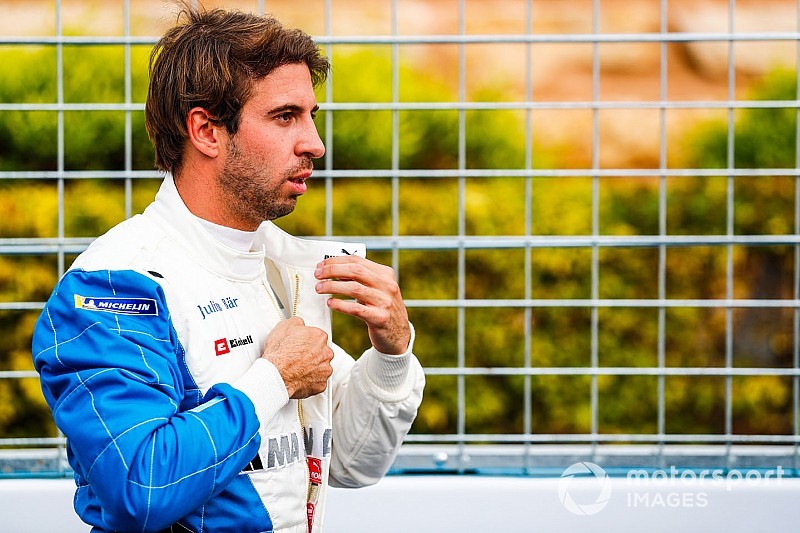 Antonio Felix da Costa blames himself for the clash between the BMW Andretti team-mates in the ABB FIA Formula E Marrakesh E-Prix, and reckons his teammate Alexander Sims could have won the race.

As the BMW cars ran 1-2, Sims mounted an assault for the lead towards the end of a race that da Costa had led after passing early leader and pole-winner Sam Bird. But the pair locked up going into Turn 7 left-hander and then collided as da Costa – who won the opening round in Saudi Arabia – ran straight on.

He ended up in the barriers and was out of the race, which handed the lead to Mahindra’s Jerome d’Ambrosio, who went on to win, while Sims recovered from the fracas to salvage fourth place.

When asked about the incident by Motorsport.com, da Costa accepted the blame for the incident, which he said “denied the team a win”.

“I’m sorry – that’s a mistake and a mistake coming from me only,” he continued. “[It’s] terribly frustrating in this story because we lost a win, we lost a one-two, and even if it was just me, Alex could have won the race.

“But because of that, I denied him the win, denied the team a one-two. I’m feeling very bad for myself.”

Da Costa also conceded that Sims was the quicker of the two drivers on the day, and felt that he should have yielded the lead.

“He was [quicker] today, yeah, especially at that point,” he said. “In the last 15 laps he was building an edge on me, he had more pace than me.

“I should have accepted that and let him go. I didn’t. The outcome is a combination of many situations that happened in the 40 minutes that we raced.

“When [it] happened, I wanted to find the deepest hole in Marrakesh and put myself in it.”

Sims said “we all take responsibility for it” and suggested that BMW could have communicated more effectively together.

“We all need to learn and work together,” he explained to Motorsport.com. “At that point, I think I had more energy than Antonio by a decent amount, but I just didn’t communicate my feelings with the team well enough.

“Antonio and I get on, it’s not like there’s a breakdown in our relationship and we’re good friends, and we didn’t want this situation to happen obviously. But we’ll learn from it and move on.”

Both drivers reckoned BMW could have considered employing team orders in a bid to preserve the leading positions.

“Why that situation happened, I’ll talk about it with the team later - I would not have minded a team order to tell me to let him go,” said da Costa. “I would not have enjoyed [that], but I think that would have been the thing to do. Again, we will talk internally now and go from there.

Sims added: “I think there probably would have been [team orders]. That’s something we need to learn.”