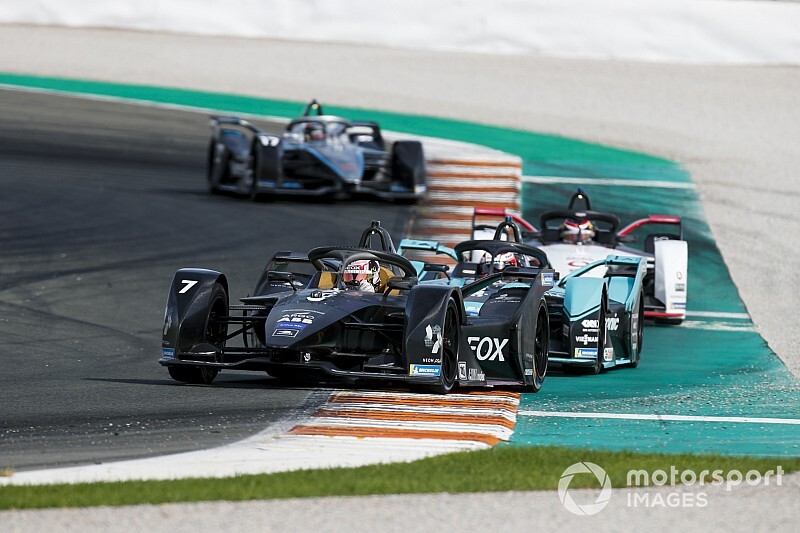 Formula E competitors are expecting overtaking to be easier in the upcoming 2019-20 season due to the new race format rules, including the higher attack mode power level.

For 2019-20, the attack mode level has been raised by 10kW to 235kW, and this change is combined with the new race suspension rule that will mean a set amount of energy is deducted from each car after each safety car or full course yellow period.

This will “change the dynamic” of FE races, according to Audi’s Lucas di Grassi.

“Now the races are different, [they] are much more energy efficient because the race director can reduce the amount of kWs according to safety cars,” di Grassi told Motorsport.com.

“So all the people will not be gambling on energy like they did in the past.

“You cannot be saved by a safety car anymore, so this will change the dynamic of the race a little bit.

“Overtakes will be easier, I think we’ll see sometimes different dynamics in the racing but overall people are closer so also there will be less of a difference between the cars.”

BMW Andretti boss Roger Griffiths also reckons the impact of the new racing rules will positively influence FE races after the robust Gen2 car and frequent race suspensions in the first half of 2018-19 led to high levels of contact in those events.

“The way the racing evolved, the unintended consequence of going to a timed race [without pitstops for 2018-19] meant that if you did have a full course yellow or a safety car situation suddenly you had more energy available and it just turned out into a flat-out sprint,” Griffiths told Motorsport.com.

“It was harder to get separation between the cars as well, so a number of things happened in season five, which hopefully we have addressed with the changes to the regulations.”

Envision Virgin Racing team principal Sylvain Filippi highlighted the attack mode boost as a key factor for the new season, which he thinks will mean “fans will be in for a treat” in 2019-20.

“Attack mode with the extra power will make a difference, the extra 35kW now is really significant and you can definitely overtake depending on the track,” he continued to Motorsport.com

“It’s going to make the strategy side even more important so we’ve been working on that.

“I think drivers, team operations, strategy, this is where the difference will be made. And that’s great, right? That’s what you want to see in motorsport.”