Jean-Eric Vergne became the first repeat race winner of the 2018/19 ABB FIA Formula E season after converting pole position into victory on the streets of Monaco. 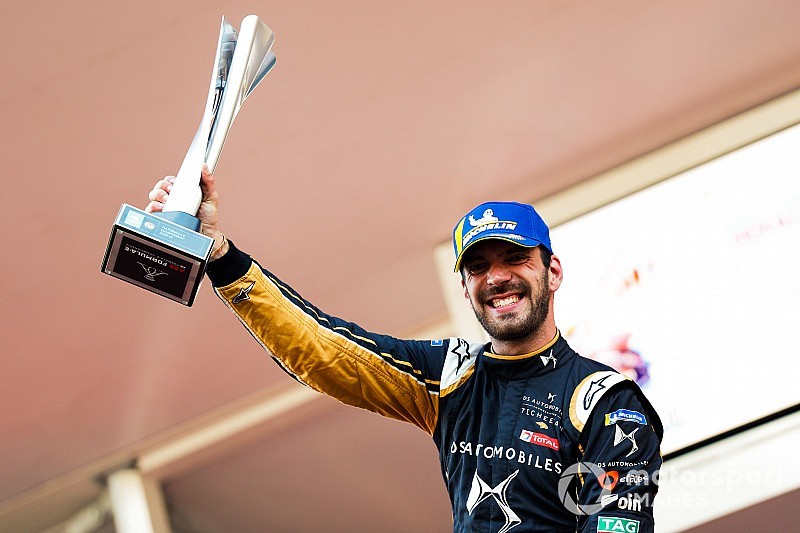 DS Techeetah driver Vergne maintained the advantage at the start from Mahindra's Pascal Wehrlein, who lost ground by running wide at Sainte-Devote in the early stages.

Wehrlein dropped behind Oliver Rowland and Felipe Massa as a result, and the top four ran in that formation the remainder of the race distance.

Vergne was forced to rebuff a passing attempt from Nissan's Rowland into Turn 3 on the penultimate lap, and held on to secure his second win of the 2018/19 campaign by 0.201s.

Massa survived late contact with Wehrlein to take the final spot on the podium for Venturi.

Sebastien Buemi was fifth in the second Nissan, followed by BMW's Antonio Felix da Costa, who was sixth after teammate Alexander Sims moved aside just before half-distance.

The Portuguese driver, who had tried to pass Buemi before settling for position, is under investigation for using more power than allowed.

Jaguar's Mitch Evans recovered to seventh after his 10-place grid drop, sealing the position on the penultimate lap after overtaking Envision Virgin's Sam Bird - who fell to 17th right at the end when he picked up a puncture and stopped by the inside wall at Rascasse.

Audi's Daniel Abt is also under investigation following an incident with NIO's Oliver Turvey but is provisionally eighth.

Techeetah's Andre Lotterer rose through the field from 20th to take ninth following a scrappy group one lap in qualifying and benefitted from an attritional midfield battle.

Lucas di Grassi was forced out of the race just past the midway point when Sims moved to the outside at Turn 3 in a bid to pass Bird and forced the Audi driver into the outside wall.

Jaguar's Alex Lynn rounded out the top 10 despite losing the front-right wheel cover following contact that lost him several places at half-distance.

Vergne retakes the lead of the points standings as a result of his win, five points ahead of Andre Lotterer, while Frijns has dropped from first to third.