Ex-Formula 1 driver Felipe Nasr is expected to take Maximilian Gunther’s place in the Dragon ABB FIA Formula E team from the next round of the 2018/19 season in Mexico.

Nasr, the reigning IMSA prototype champion, came close to driving for Dragon at last month’s rookie test in Marrakesh but ultimately did not take part.

Gunther made his FE race debut with Dragon at the start of this season after joining the squad during the last campaign as its test and reserve driver.

In a statement supplied to Motorsport.com Dragon said Gunther had been on a “three-race programme” that was “designed to leverage the knowledge Maximilian gained as the team’s test and reserve driver, while also giving the young pilot the opportunity to demonstrate his capabilities in one of the most competitive racing championships on the planet.”

Gunther had not scored a point during the opening rounds of the season, with qualifying crashes impacting his races in both Saudi Arabia and Morocco.

But the Formula 2 race winner starred in qualifying last time out in Santiago, where he started seventh and was in the battle for points before a power shutdown ended his race.

Dragon owner team principal Jay Penske hailed Gunther’s efforts with his team and said that their “journey together shall continue beyond this programme”, with the German confirming on Twitter he would remain with the squad as a simulator, test and reserve driver.

“Maximilian is a remarkable young driver,” said Penske. “Throughout his program with us, he has tackled every challenge with tenacity and has committed countless hours behind the scenes to improve our performance.

“The impact he has made on our organisation stands as a testament to a level of maturity and professionalism that exceeds his age.

“I am delighted that our journey together shall continue beyond this programme.

“I look forward to continuing to work with such a promising young driver, and I am extremely excited to have the opportunity for Maximilian to compete with us again in the future.”

The Dragon statement explained that the team “remains in discussions” with Nasr.

“He would be an invaluable asset to the evolving Geox Dragon organisation. We would be thrilled to add a driver of his calibre to the team.”

Nasr is contested the full 2019 IMSA campaign and started the defence of his IMSA crown by finishing second at the Rolex 24 at Daytona alongside teammates Pipo Derani and Eric Curran.

If he were to join Dragon on a full-time basis for the rest of the FE season, he would be forced to skip the race in Rome, which clashes with the IMSA race at Long Beach. 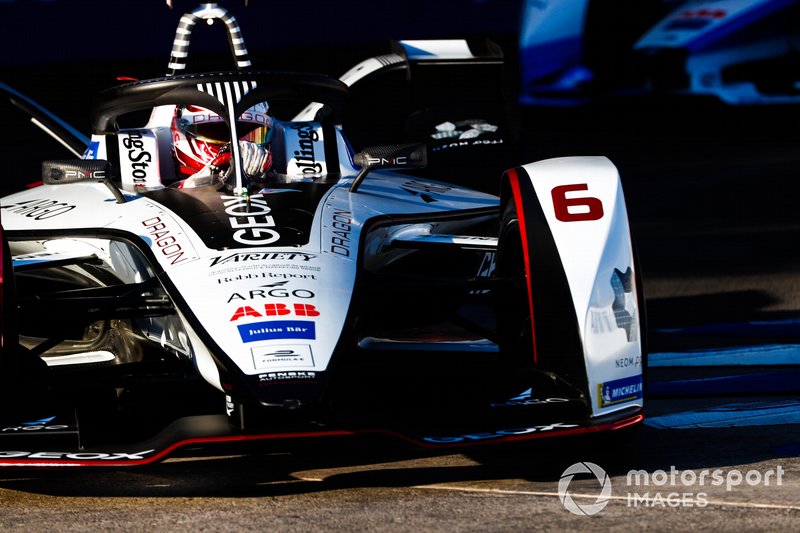