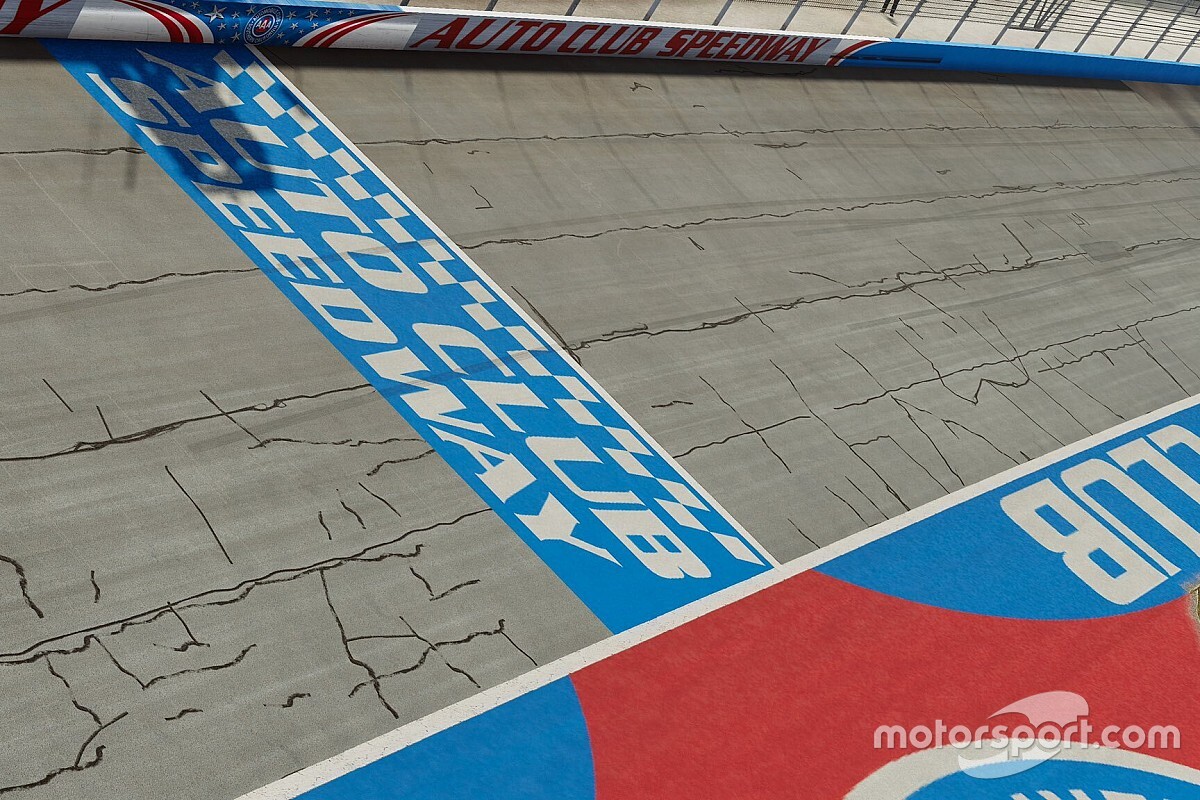 Round 10 of the 2020 eNASCAR Heat Pro League season took the drivers to Auto Club Speedway.

Kyle Arnold led the way early in the first 45 lap race, but both Josh Parker and Maxwell Castro would take a turn out front as the field stayed together in a single pack.

Nick Jobes undercut the rest of the field, putting one lap prior than the majority of the field. The move gave him the race lead, but he quickly faded backwards.

Things got dramatic as Jobes and pole-sitter Arnold came together, causing damage to the Germain Gaming driver's machine.

Then a rash of yellows. On what restart, Arnold and Jobes found each other again, which ended with Arnold spinning.

Parker was doing a fine job defending the lead as they went three-wide behind him, but another caution would change things once more.

Arnold gambled and stayed out on older tires, inheriting the race lead with just a handful of laps to go. Although he did his best to hold back, he was quickly overwhelmed.

After some heated back-and-forth for the runner-up spot, Parker was able to get away and claimed the win for the Joe Gibbs team.

Jobes snagged second place while Brandyn Gritton who crashed while inside the top-five and fell to 11th. Stone was third, TJ McGowen fourth and Cory Rothgeb fifth.

Arnold would have to settle for a disappointing seventh after a frustrating race.

Parker holds the points lead halfway through Segment 3 with Gritton just six points behind. Arnold is third, 12 points back.

On the Xbox side, Luis Zaiter controlled the start, but the lead changed hands multiple times in the early laps. Much like the PS4 drivers, everybody wanted to lead early.

During the green-flag pit stops with 30 laps to go, Segment winners Daniel Buttafuoco and Justin Brooks got away from the rest of the field.

However, a crash for Eldora winner Matthew Selby set up a restart and erased the top two's advantage.

Slade Gravitt inserted himself into the discussion and nearly took the lead from Brooks, but could only reach second as another caution flew.

Brooks and Buttafuoco would then trade the lead amongst themselves through a couple restarts until Brooks got pushed four-wide. Soon after, he was collected in a multi-car incident on the backstretch.

The race became a three-lap dash with Buttafuoco doing everything he could to hold Gravitt back. Gravitt got a run to the outside on the final lap, but ended up wide and fell back as Buttafuoco claimed another checkered flag for Germain Gaming.

Sam Morris was second, Tyler Dohar third, Gravitt fourth and Jose Ruiz fifth. Buttafuoco, who is already locked into the championship race, leads the standings from Selby and Dohar.