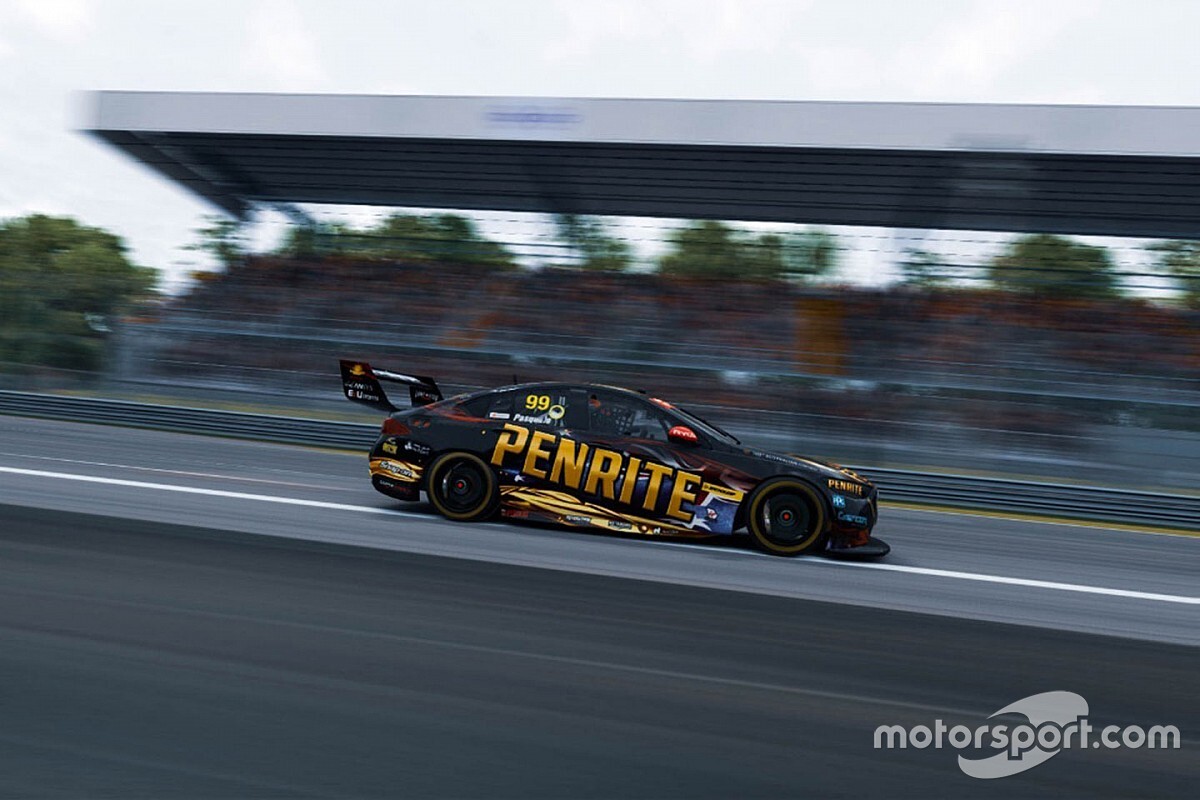 Anton De Pasquale took a pair of poles across the Silverstone and Barcelona circuits for tonight's Supercars Eseries round, with another pole going to Shane van Gisbergen.

De Pasquale grabbed the first pole on offer for the evening with a late lap on the Silverstone circuit.

Points leader Scott McLaughlin led for much of the session, however a spin on his final run opened the door for De Pasquale to nab pole.

Van Gisbergen and Chaz Mostert were third and fourth, with Max Verstappen sixth, behind Andre Heimgartner.

The first of two sessions on the Barcelona circuit went to van Gisbergen, who held of De Pasquale by less than a tenth.

Mostert and Erebus stand-in Will Brown locked out the third row, with McLaughlin – who had been up on his final run before running wide – and Verstappen on row three.

De Pasquale hit back in the second Spanish second, though, grabbing a second pole for the evening.

Van Gisbergen had looked on for second, only to be edged by Mostert right at the flag.

McLaughlin was fourth, Verstappen put his best qualifying performance of the night in with fifth, while Will Davison was sixth.

You can watch the four races live and free on Motorsport.tv.

Supercars All Stars Eseries Round 2 schedule