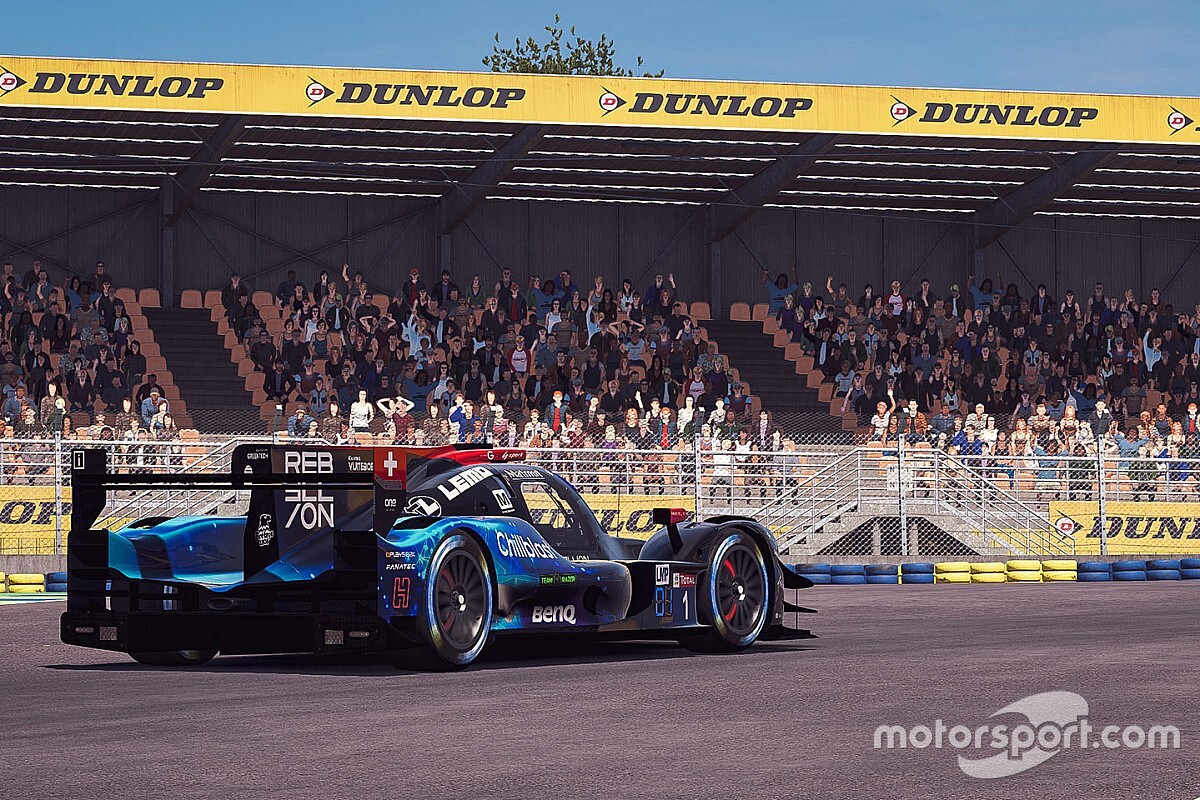 Deletraz, who will make his real-world Le Mans debut with LMP1 outfit Rebellion Racing this September, triumphed in the star-studded 24-hour virtual endurance race, which was organised by WEC, Automobile Club de l'Ouest and Motorsport Games.

A late-race red flag period set up a tense two-way fight for the lead with the leading #1 Rebellion-Williams in the hands of Williams Esports driver Wisniewski, been chased by the sole ByKolles entry which had a fuel advantage.

Deletraz – sharing the #1 entry with sim racers Wisniewski and Kuba Brzezinski as well as factory Mercedes GT star Raffaele Marciello – admitted the team made a late strategy change and praised the fuel-saving efforts of Wisniewski.

The team was so marginal on fuel that Wisniewski soon ran out of it after taking the chequered flag, and had to be pushed back to the pits after the race by another car.

“One hour to the end we decided that we were on the wrong strategy,” Deletraz told Motorsport.com.

“We decided in the last two stints to save one extra lap of fuel and this was extreme fuel saving with some switching off engines and massively relying on slipstreaming.

“I will not have been able to do that, but Niko did it. He did really well, and we finished with 0.5 litres of fuel on the line so we couldn’t even do the in lap.

“I’ve never been so happy after a sim race or even after a real race because it was an epic event.

“The grid was so big, the level was so high. It was the biggest esports race ever.

“When we [Rebellion] saw the virtual Le Mans coming, I straight away said that we should do this with a proper team, and with Williams Esports we found a way to make it together.”

Wisniewski was impressed by Deletraz and Marciello’s work ethic and believed they were the two strongest real-world drivers competing in the race despite his initial reservations about racing with real-world drivers.

“With the professional drivers, they did a really nice job,” he said.

“At the beginning, of course, I thought okay we need to share the car with two pro drivers so that’s going to be tricky, maybe they will be slow, and we want to achieve the best result.

“Kuba and I know that we have the experience and the pace to stand on the podium at least but luckily we had the opportunity to work with I think the two best pro drivers in the grid.

“What we saw from the race, really decent pace, the pace for four of us was really similar so I’m really happy to have those guys in my team.

“Also, they were very stable, consistent, smart, no stupid mistakes or damage so that was a real pleasure to work with these guys.”