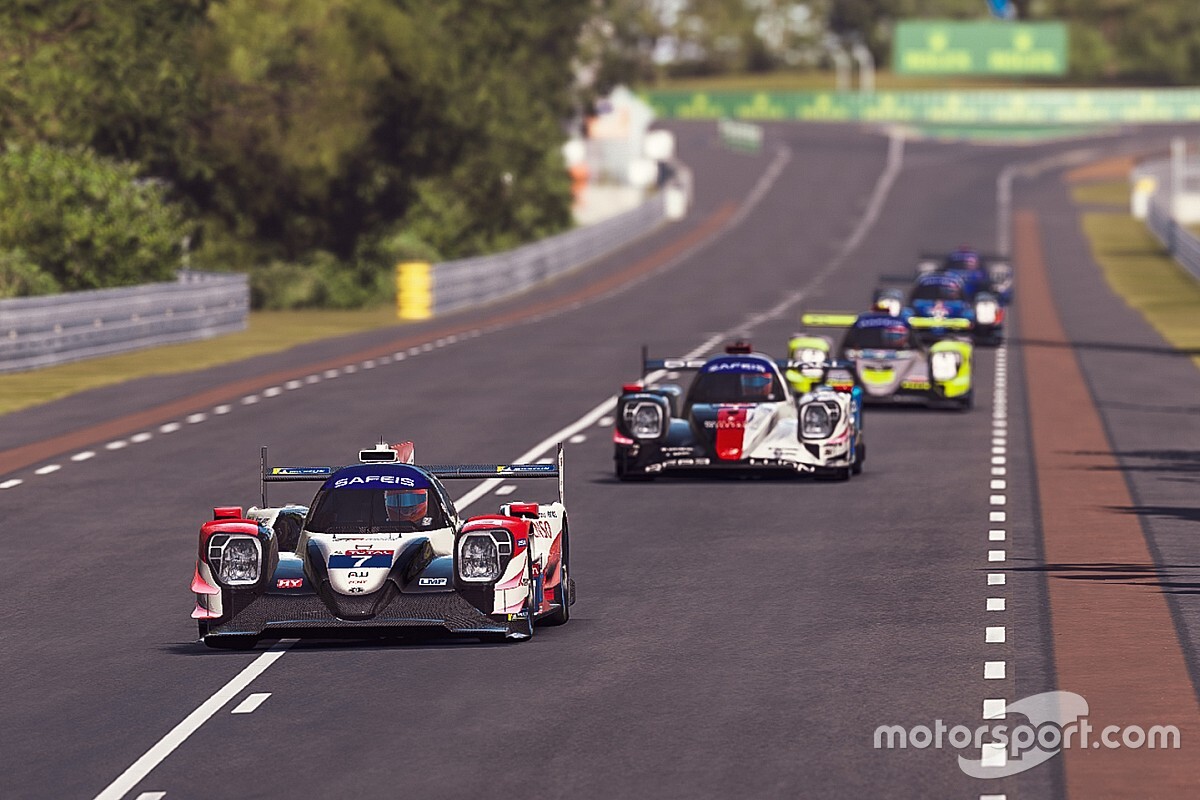 A radio message was given to all entries as the end of the fifth-hour approached, instructing the cars to line up behind the leader on the approach to the timing line.

The stoppage had been prepared for as the drivers had practiced a race restart procedure in the build-up to the event.

Race control said: "Leaders slow down and stop before the finish line.

"All cars on track to queue up behind the leader.

"The pit entry is closed, we have a technical issue with the computers. Finish your lap."

Devin Braune, teammate to Nissan Formula E driver Oliver Rowland, had been leading for 2 Seas Motorsport by more than 90 seconds over the Lando Norris/Max Verstappen Team Redline entry at the time of the red flag.

The stoppage will also allow the FA/RB AllInSports entry of two-time Formula 1 world champion Alonso and his co-driver Barrichello to re-enter after their early elimination.

They have resumed the race at the back of the LMP field six laps down, having fallen 69 laps behind the leaders after Alonso ran out of fuel.

This followed a penalty being handed to the double real-world Le Mans 24 Hours winner, earned when he was involved in a collision with the GTE Porsche backmarker of Simona de Silvestro, as he travelled down the pitlane.

During a mid-race interview before the red flag, Barrichello had appealed to the race stewards for the car to be re-entered into the race.

Motorsport.tv and Motorsport.com are streaming the entire event, with coverage starting from 1:30pm BST on Saturday. There will also be full coverage of all the action and updates across the Motorsport Network's websites and social media accounts