Analysis: How Lamborghini will redefine itself in racing 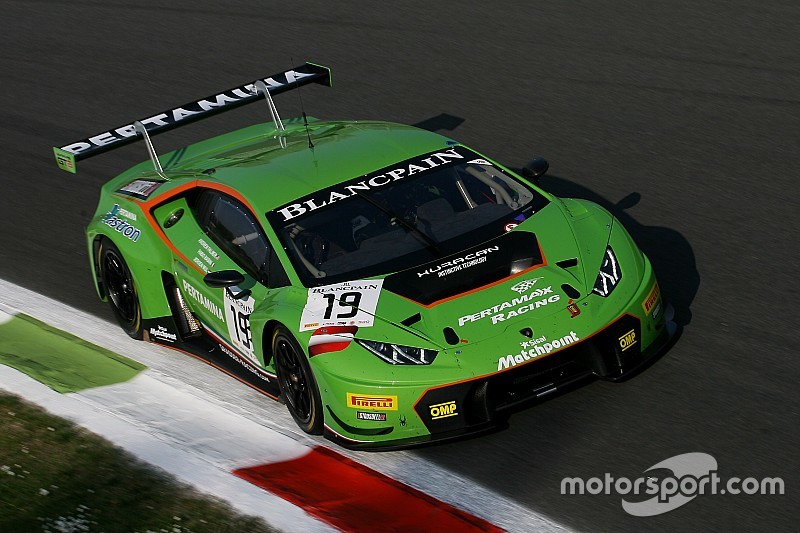 David Addison speaks to Lamborghini's Giorgio Sanna, who is changing the face of the German-owned Italian giant in motorsport.

Things at Lamborghini are changing. The famous name, perhaps synonymous with the Countach and rather crude – yet desirable – head-turners, is on a mission to rebrand itself, not just as a supercar marque, but also as a force to be reckoned with on track.

Forget the embarrassment at Le Mans of the Japanese Lamborghini Owners' Club of a few years ago: now there is an in-house department concentrating purely on motor sport and a new man at the helm, former Italian GT Champion Giorgio Sanna.

That in-house department is Lamborghini Squadra Corse and it runs the three Lamborghini Super Trofeo championships (in America, Asia and Europe) plus a GT3 programme and a new young driver initiative as well.

Sanna is clear that this is a new dawn for the company where motorsport is concerned: “Forget what happened before. That was when we had people turning to do motorsport as a second job.

“Now, we have a clear commitment from the board of VAG [Volkswagen Audi Group] to promote Lamborghini and we have our own motorsport department where people are focussed just on sport. What happened in the last 10 years was not handled by the factory but now we are in this in a serious way.

“Long term, customers are important to us and customer racing is what we want. Lamborghini wants to sell cars and we will only run with customer teams next year. We make road cars and we want to reflect that in our racing, so a prototype project isn’t an option, but we want the Huracan to be the best GT3 car around.

“We have a partnership with Dallara which looks after aero on the GT3 car and we share the same platform as the Audi R8 LMS ultra so we are confident that we have the ingredients to make a good race car.”

The rejuvenation of Lamborghini came in 2013.

“We said to VAG that we needed to recognise the 50th anniversary of the company and it was time to push,” says Sanna. “We had a measured start to the programme, but then as we learnt we started to push for more.”

That push started with the Super Trofeo being expanded into Asia and North America plus the European series mushrooming.

“The Super Trofeo works well for us because it is a good atmosphere for the gentlemen racer but also somewhere for the young drivers to learn and to show their abilities before they move up to our GT3 programme.

“The Young Driver Programme is designed to reflect our markets so we have drivers from Europe, Asia, America and Australia and they are all proving to be quick, be it in the GT3 car the Super Trofeo.”

Caught in a crossfire Huracan

The new Huracan is an impressive looking and sounding bit of kit, as you would expect. And it won its maiden GT3 race at Monza only to be excluded for a fuel rig infringement.

The restrictor wasn’t correct meaning that fuel went in too quickly and saved a load of time on pit stops. It was evident at Monza that VAG technicians were in the Lamborghini garage, but Sanna insists this car isn’t an Audi with a different badge.

“OK,” he says, “So we share the same platform and have knowledge from Audi on the powertrain but we have our own engineers and our partnership with Dallara on aero, chassis and suspension removes us from the R8. We have the full commitment of Lamborghini Squadra Corse and we want to win as Lamborghini.”

That said, Sanna doesn’t entertain the thought of a works team.

“Customer teams are what we want for the future. We are talking already and we will deliver cars in September this year and we want good teams in key markets.

“That is our aim so that we win and sell more road cars. Simple!”