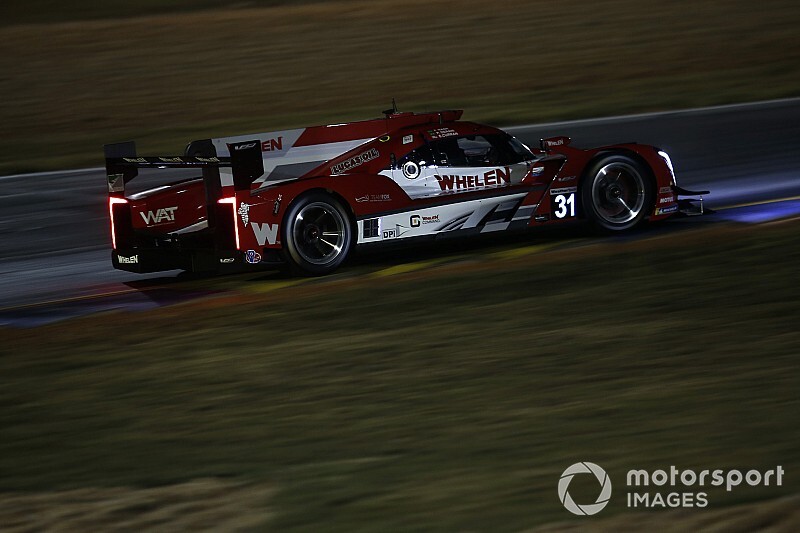 While Acura Team Penske’s Dane Cameron and Juan Pablo Montoya need only finish in the top eight in Saturday’s Petit Le Mans to earn the title, Pipo Derani – new to the AXR squad this year – ensured the team topped two of today’s sessions at the 2.54-mile Michelin Raceway Road Atlanta.

Helio Castroneves grabbed third Acura in the car he will share with Ricky Taylor and Graham Rahal this weekend. Teammate Montoya set the fastest time in the #6 ARX-05 but it was good enough for only ninth.

Tristan Vautier again put JDC-Miller in the spotlight by clocking fourth in the #85 Cadillac ahead of Oliver Jarvis’ #77 Mazda and the Colin Braun-steered CORE autosport-run Nissan DPi.

Returning after its big shunt is the Juncos Racing team, for whom Spencer Pigot was 10th-fastest.

In GT Le Mans, the Ford GTs were again fast and finished 1-3, split by Tom Blomqvist’s best effort in the BMW M8 GTE and chased hard by Mike Rockenfeller in the #3 Corvette C7.R.

IMSA Radio reported that Daniel Serra’s reduced number of laps in the Ferrari 488 GTE of the returning Risi Competizione squad was due to a drivetrain issue that saw the car – not seen in IMSA since the Rolex 24 at Daytona in January – taken back behind the wall for much of the session.

For the second time in three sessions, Bill Auberlen sent Turner Motorsports’ trusty BMW M6 GT3 to the top of the GT Daytona times, albeit less than a tenth of a second quicker than Jeroen Bleekemolen’s Mercedes AMG-GT3 run by Riley Motorsport, and Spencer Pumpelly’s Magnus Racing Lamborghini Huracan GT3.

Fourth practice begins at 11.15am local (Eastern) time on Friday, with qualifying commencing at 3.55pm.