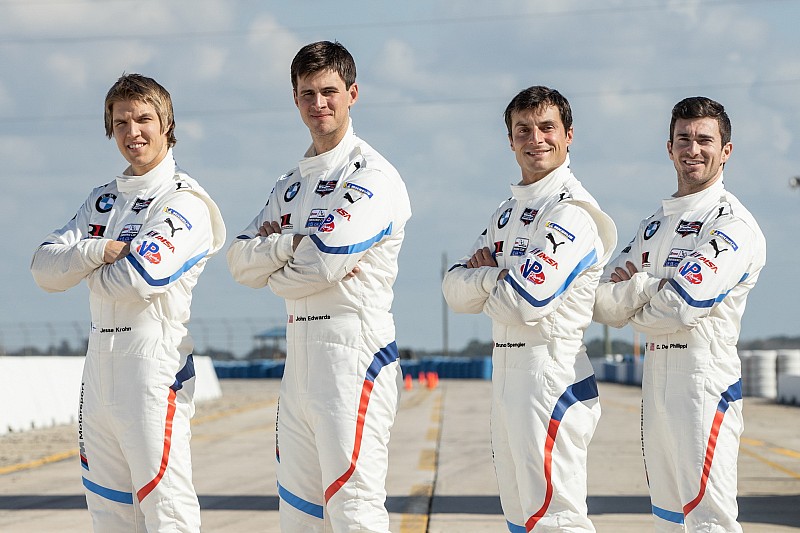 BMW has taken the wraps of its full IMSA WeatherTech SportsCar Championship line-up in the wake of the announcement that Bruno Spengler is moving to the series from the DTM.

Spengler will be paired in one of the factory, Rahal Letterman Lanigan-run GT Le Mans class entries with Connor de Phillippi, who has raced full time in IMSA since joining the German manufacturer ahead of the 2018 season.

They will be joined in their BMW M8 GTLM for the season-opening Rolex 24 at Daytona on January 25/26 by Colton Herta and Philipp Eng.

They were part of the class-winning line-up at Daytona last year together with de Phillippi and Augusto Farfus.

Spengler, who is leaving the DTM after 15 seasons in total and eight with BMW, is replacing Tom Blomqvist in the line-up.

John Edwards and Jesse Krohn will continue their partnership in the sister M8. Farfus and Chaz Mostert will be their teammates for Daytona next month.

BMW Motorsport boss Jens Marquardt said: "I am looking forward to the 2020 IMSA season, and am confident that, with our four regular drivers, we have everything in place to make it a successful year.

"We are entering our 12th year together with BMW Team RLL and are also largely going with continuity when it comes to the drivers."

Marquardt confirmed that Blomqvist has not been retained by BMW for the coming season.

He thanked the Briton for a "great collaboration over the past five years", which has encompassed IMSA, the DTM, the World Endurance Championship and Formula E.