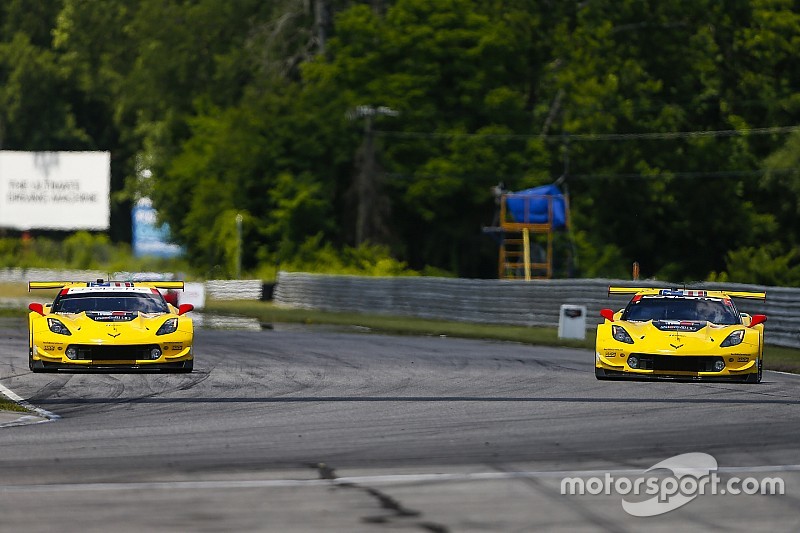 Corvette Racing has explained that its double switch of position during the final stint of Sunday’s IMSA WeatherTech Championship race at Road America was an attempt to pull off an unlikely last-gasp victory.

Tommy Milner’s C7.R was running third when the team’s engineers ordered him to allow the charging sister car of Antonio Garcia past, to take a shot at the class leaders.

Although the second-placed BMW failed to make the finish due to a fuel-fill mix up, and Garcia was briefly elevated to second, he was unable to catch the winning #67 Ford GT of Richard Westbrook before the finish. Garcia was then ordered to slow, to allow Milner to repass him into second place.

“Antonio was just a bit quicker than I was,” admitted Milner. “And it was worth a shot letting him go by late in the race. It felt weird getting by him on the last lap, but it was a good team effort.”

Garcia added: “I’ve never won here, and I thought for sure we had a chance today. So it’s a little frustrating in that way.

“Winning this race from seventh [position] with 40 minutes to go would have been amazing. I wanted to go for the win so bad. It was a gamble to ask the team to let me go after the #67 instead of fighting the #4 car.

“Unfortunately we were a lap short, which we didn’t get when the overall leader got by us. Thanks to Corvette Racing and Tommy to let me by and have a shot at the win.”

“We’re still up there in the championship, but it’s frustrating that we could have won the last four races,” added Garcia. “But we are looking forward to the next three events and getting a win.”

German GP could return at different venue in the future