Corvette Racing’s Antonio Garcia says that while he’s frustrated to still not have a Petit Le Mans win on his résumé, extending his and Jordan Taylor’s championship lead was satisfying.

In qualifying, Garcia turned in a quite sublime lap to capture pole, and he, regular co-driver Jordan Taylor and the #3 Corvette C8.R’s extra endurance driver Nicky Catsburg all led laps. Ultimately, however, they finished as runner-up to the Porsche 911 RSR of Fred Makowiecki, Nick Tandy and Matt Campbell.

“The late yellows may have been the difference,” said Garcia. “We didn't have the pace against the #24 [BMW M8]. I tried very hard when I got back in the car at night. We managed to gap both of the Porsches, and they went on a different strategy than us.

“I got held up by the [very delayed] #25 BMW, and that hurt. I don't know if he didn't know I was there. I had to pit a little sooner than expected, and from that point we were on the back foot.

“My middle [night] stint wasn't as good compared to the #911 [Porsche], and even if I picked up the pace at the end of the stint then it wasn't enough. I couldn't defend against him when I came out of the pits on cold tires [with 45 minutes left].

“Without a yellow, it would have been a question as to who would make the tires last the longest. We were both pushing hard. There was a chance for us but it was another second at Petit Le Mans.”

The #3 Corvette has already captured five wins this season, however, and this latest result extended Garcia and Taylor’s championship lead to 28 points and Corvette’s lead in the Manufacturer standings to 16 points, with two rounds to go – a 2hr40min race at WeatherTech Raceway Laguna Seca and the much delayed Sebring 12 Hours in November.

“Looking back at the season, if this is a bad result then I will take it! We are in good shape for the championship. From that standpoint, we can be very happy of the consistency and being able to fight at every single race. We'll go and try to win the last two and close it out."

Added Taylor: “When you look at the whole day, it was pretty flawless for the #3 side – no issues on the track, no issues in the pits, perfect strategy and perfect in the pits. To come away with P2 is great. It's good for the points.

“But you always want to win these big ones when you have the opportunity. I think if we had gone green at the end then Antonio would have had something for the #911. It was unfortunate to see it go yellow at the end, but overall it was a good day."

As usual, the #4 Corvette ran out of luck. Tommy Milner and enduro extra Marcel Fassler were doing the majority of the driving, as Milner’s regular co-driver Oliver Gavin – a five-time Petit Le Mans winner – had hurt his ribs in a biking accident earlier in the week.

Nonetheless, the silver Corvette was a front-runner for the first four hours. However, in avoiding a spin between a BMW and a Porsche under braking for Turn 10, the #4 Corvette was struck by a GTD-class car, damaging the C8.R’s diffuser.

However, fifth place has allowed Milner and Gavin – who won Sebring’s 2hr40min race in July – to retain second in the championship, three points ahead of BMW’s John Edwards and Jesse Krohn. 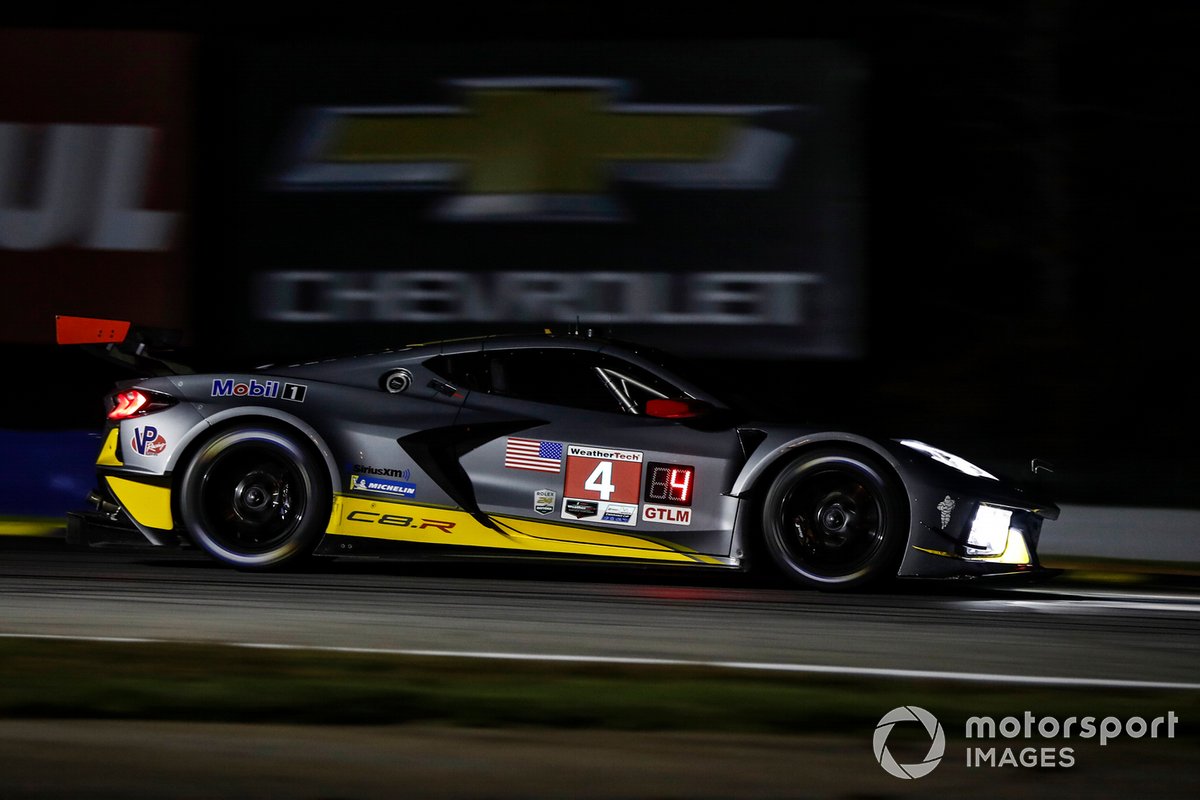 Andretti upbeat for Indy 500, happy his dad is strategist

Taylor: ABS can challenge yet help Corvette at Long Beach

Corvette aces encouraged by test ahead of full WEC campaign