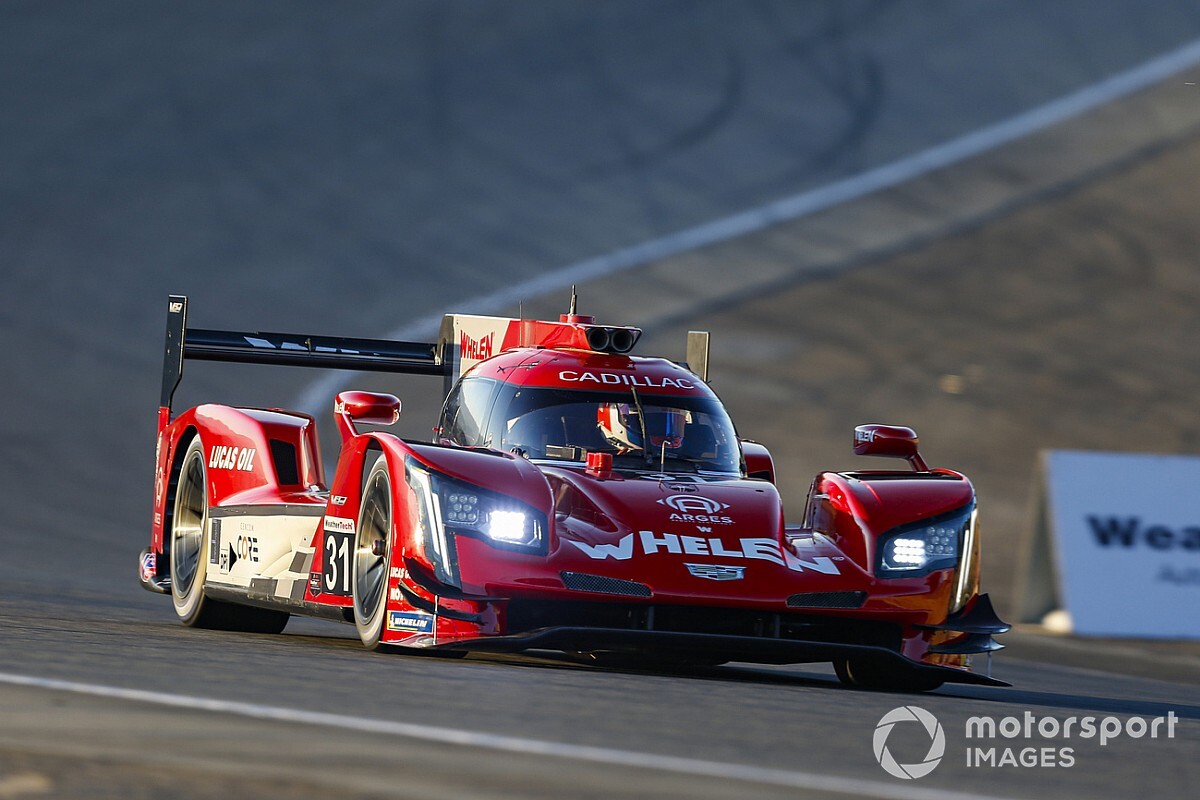 Derani’s 1min15.851sec lap of the 2.238-mile track left the AXR entry 0.519sec ahead of WTR’s similar Cadillac DPi-V.R driven by Renger van der Zande. He in turn was mere hundredths ahead of the Acura Team Penske ARX-05s of Juan Pablo Montoya and Helio Castroneves.

The Mazda RT24-Ps were another four tenths back, and split by Tristan Vautier in the #5 JDC-Miller Motorsports Cadillac he now shares with Sebastien Bourdais. Matheus Leist was a further second in arrears.

In GT Le Mans, Antonio Garcia’s best lap in the #3 Corvette C8.R was fastest at 1min21.898sec, ahead of the two Porsche 911 RSRs of Nick Tandy and Earl Bamber, while Tommy Milner was P4 in the #4. The two BMW M8s were more than a second off the pace.

By contrast, the BMW M6 of Turner Motorsports was top of GT Daytona thanks to Bill Auberlen’s efforts, with Andy Lally second in the Magnus Racing Lamborghini Huracan, just ahead of Mario Farnbacher in the Meyer Shank Racing Acura NSX.

Paul Holton’s Compass Racing McLaren 720S was half a second off but still captured fourth ahead of Alessandro Balzan’s Scuderia Corsa Ferrari 488.

Corvette salutes Gavin as full-time role comes to an end

IMSA Laguna Seca: Mazda moves to the top in FP2