IMSA Laguna Seca: Mazda moves to the top in FP2 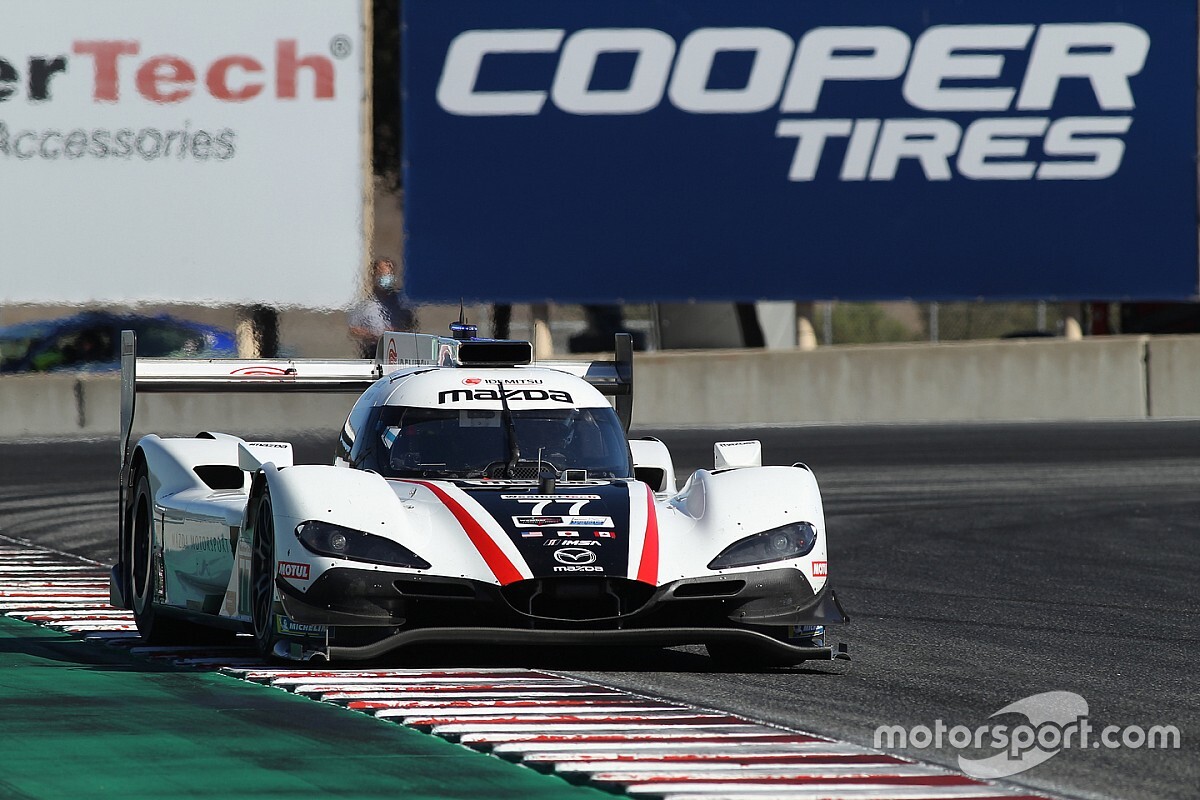 On the only practice day before the penultimate round of the IMSA WeatherTech SportsCar Championship, Jarvis sent his Mazda RT24-P around the 2.238-mile course in just 1min15.692.

That was around 0.15sec faster than the best time of the morning session, and a similar margin over Cameron’s Acura Team Penske ARX-05 this afternoon.

In third was Jonathan Bomarito in the second Mazda, about 0.1sec quicker than the best of the Cadillac DPi-V.Rs – the championship leading Wayne Taylor Racing entry of Ryan Briscoe.

However, strangest incident was when Nasr came out of the pits into the path of Helio Castroneves, moved to driver right of the track to let his compatriot through and was then dragged off the track by the #7 Acura. Given how these two entries ended Petit Le Mans, it appears the rivalry isn’t over. It served only to hurt Acura Team Penske, its the title-contending entry that Castroneves shares with Ricky Taylor, did not complete a lap.

Nick Tandy was third for Porsche, almost four-tenths back.

Robby Foley proved his teammate Bill Auberlen’s pace in this morning’s session was no fluke, as he again kept Turner Motorsports’ BMW M6 over half a tenth clear of the opposition, which was led by Spencer Pumpelly’s Audi R8.

Aaron Telitz (AIM Vasser-Sullivan Lexus RC F) and Matt McMurry (Meyer Shank Racing Acura NSX) were next up ahead of their respective teammates.