© 2021 Motorsport Network. All rights reserved.
TV Buy tickets Store
Previous / Tincknell Mazda fastest as Roar Before the Rolex 24 begins Next / Busch on Lexus brakes: “You can drive the snot out of them!”
IMSA / Daytona January testing / Testing report

Olivier Pla edged Mazda Team Joest teammate Jonathan Bomarito by less than 0.1sec to top the second of four practice sessions before Saturday’s qualifying for the 58th running of the Rolex 24 at Daytona. 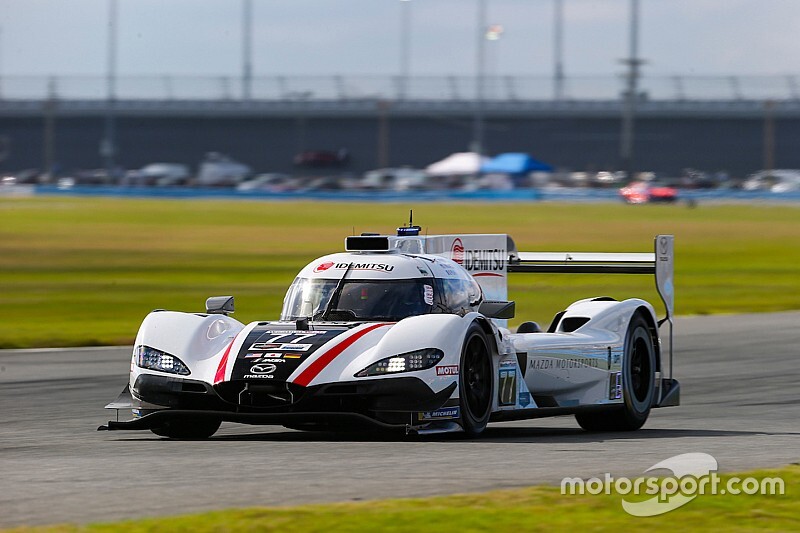 That was four tenths quicker than the best of the opposition, the Action Express Racing Cadillac DPi-V.R of Filipe Albuquerque, which in turn was just a tenth faster than Indy 500 winners Juan Pablo Montoya and Helio Castroneves in the two Acura Team Penske ARX-05s.

The healthier-looking 2020 LMP2 field saw Simon Trummer top the class in the singleton PR1/Mathiasen Motorsports Oreca, ahead of Nicolas Lapierre in the similar car of Starworks Motorsport and Henrik Hedman in the DragonSpeed machine.

In GT Le Mans, one of last year’s Rolex 24 GTLM-class winners and the IndyCar Rookie of the Year, Colton Herta, sent the #25 BMW M8 GTE to the top of the times by a quarter of a second, ahead of Laurens Vanthoor and Fred Makowiecki in their Porsche 911 RSR-19s.

Daniel Serra was next up in the Risi Competizione Ferrari 488 GTE ahead of the second BMW and the two new Corvette C8.Rs.

Saturday’s third practice begins at 10.15am local (Eastern) time, with FP4 following at 3.35pm and qualifying for GTD and LMP2 at 4.15pm.

Tincknell Mazda fastest as Roar Before the Rolex 24 begins

Busch on Lexus brakes: “You can drive the snot out of them!”