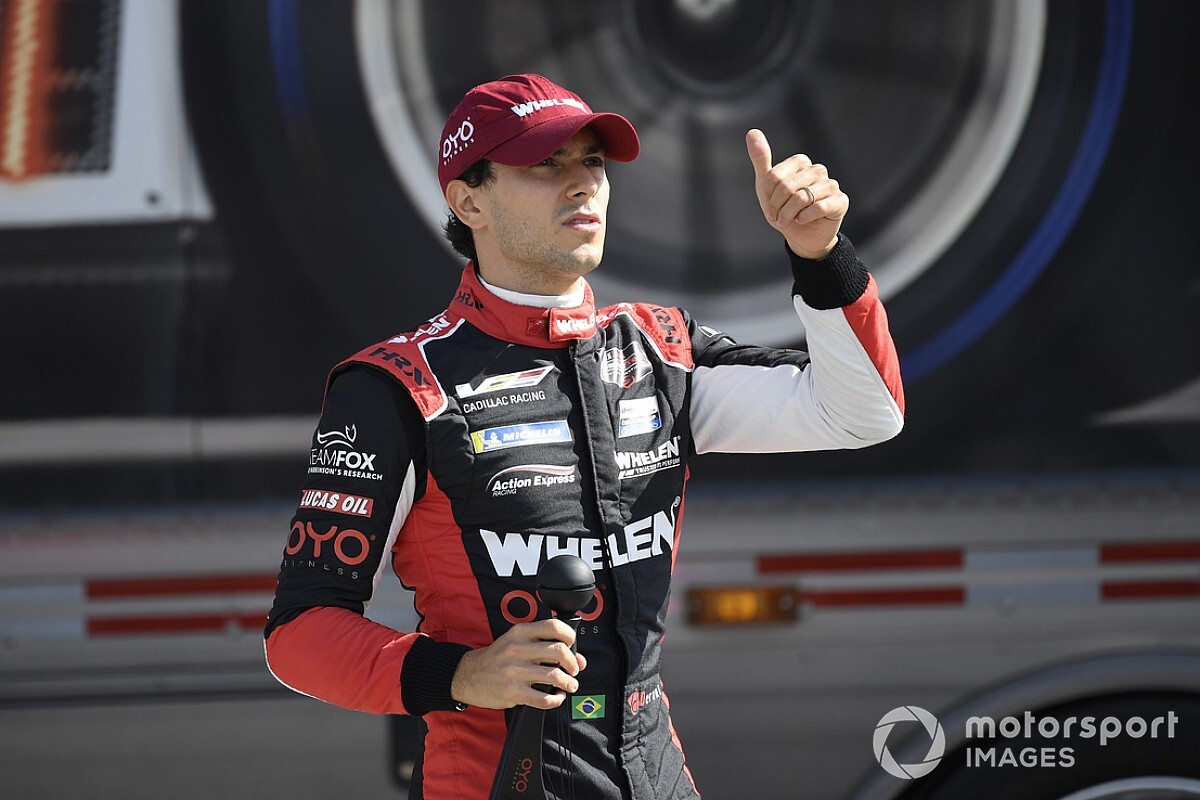 Derani lapped the 17-turn 3.74-mile Sebring course in 1min46.733sec to grab pole for the third round of the IMSA WeatherTech SportsCar Championship.

Tristan Nunez was by far the faster of the two Mazda drivers – according to IMSA Radio’s Shea Adam, Jonathan Bomarito discovered a radically different setup for the #55 RT24-P that was definitely not the right way to go – but even the #77 was 0.467sec from top spot.

Sebastien Bourdais and Stephen Simpson were fifth and seventh for JDC-Miller Motorsports, split by Helio Castroneves in the second Acura.

In LMP2, Kelly’s PR1/Mathiasen Motorsport ORECA took top spot by over half a second from Henrik Hedman in the DragonSpeed entry.

Porsche’s Frederic Makowiecki fell less than a tenth short of splitting the ’Vettes but could be satisfied with outpacing teammate Laurens Vanthoor by 0.3sec.

Jesse Krohn was in the faster of the two Rahal Letterman Lanigan-run BMW M8s, almost three-tenths faster than Bruno Spengler, but almost one second slower than the pole-winning C8.R.

The GT Daytona scrap was very much a two-car battle between the Daytona race dominators, the Lexus RC F GT3s of AIM Vasser Sullivan. And it was Montecalvo in the #12 car who earned his first-ever IMSA pole, edging Aaron Telitz by 0.067sec.