Team Penske-Chevrolet ace and winner of the 102nd Running of the Indianapolis 500 Will Power has unveiled the image that has immortalized him on the famous Borg Warner Trophy.

Power, the 2014 IndyCar champion, was at the IMS Museum to unveil the image, crafted by William Behrends, who has made the last 29 images on the Borg-Warner. He was accompanied by BorgWarner's director of marketing, Michelle Collins, and Speedway president and CEO Doug Boles.

“It was amazing watching it come together in clay when I went to his studio, but there’s nothing like seeing it in silver and then on the Trophy which I’ve stared at for 11 or 12 years, wanting to be on it!”

Power thus becomes the 105th face on the 5’5”, 110lbs trophy – an apparently anomalous figure that accounts for shared rides and missed years due to two World Wars.

Among the 105 bas-relief images adorning the Borg-Warner, all are drivers except one. In tribute to his rejuvenation of the track and Indianapolis 500 following World War II, a 24-carat gold likeness of late Speedway owner and president Anton "Tony" Hulman, Jr., was also added in 1988.

Two bases have been added to the original trophy, providing added capacity for more winners until 2034.

To earn his place on the trophy, Power qualified third and led 59 of the 200 laps on his way to victory last May, beating three-time Indy polesitter Ed Carpenter by three seconds and 2008 Indy winner and five-time series champion Scott Dixon by 4.5sec.

It was Power’s first triumph in the Brickyard’s Memorial Day Weekend classic, having suffered defeat at the hands of teammate Juan Pablo Montoya by a mere 0.1046sec three years earlier. Team owner Roger Penske has now taken 17 wins on IMS’s iconic 2.5-mile oval, his first coming in 1972 with Mark Donohue.

“I’d be lying if I said I didn’t think about that, although it’s not something I think about the whole time,” he said. “There are so many cool aspects to winning the 500 – winning for Roger [Penske], just being part of the history of the most famous track, and so on. But it’s such a hard race, it takes up so much of your mind for a month or more, because you know everything’s gotta go perfect on the day, that you can’t start thinking about that history.

“But yeah, looking back now, it’s great to be the first Australian to win it is awesome because there’s not many Aussies that have even had the chance to race Indy. So yeah, very proud.”

There were other significant milestones achieved by the #12 Penske-Chevy driver this year. Power has become the most successful driver in Team Penske history – 33 wins for ‘The Captain’ Roger Penske – and it’s a position he reinforced by scoring the squad’s 200th Indy car triumph. That was achieved on the IMS road course two weeks before the 500, and was Power’s third win on the 14-turn, 2.439-mile layout. He will thus remain the first ever driver to win both Indy races and the first to achieve both in the same year.

“Yeah, that means a lot because there’s quite a few other drivers that are going to have that chance every year,” he said, “but we were the first. That makes the whole team proud, I think. It was so close in 2015 – first in the Grand Prix from pole and then second by a couple of car lengths in the 500.

“Now I want to complete it properly by starting from pole in both and winning both. I just need to figure out what Ed Carpenter does so well in qualifying for the 500! Man, he’s quick.”

Dave Faustino, Power’s race engineer, told Motorsport.com earlier this month that in 2019 he really wants to nail the Indy 500 and the IndyCar championship in one year, and Power said that he shares that target – last achieved by Dario Franchitti in 2010.

“Absolutely, absolutely,” he said. “We had the potential to do that this year but it didn’t work out. To do that has got to be the aim. To be honest, it’s our aim – everybody’s aim – every year.” 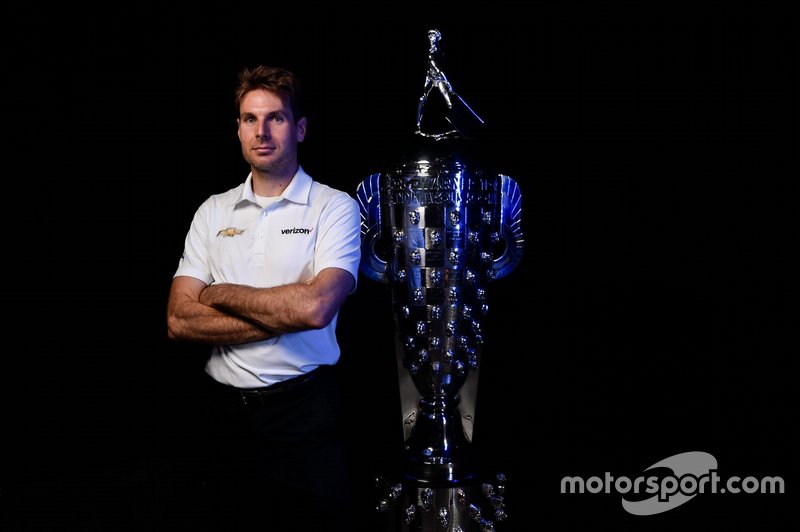 More from
Will Power
Video Inside
IMSA