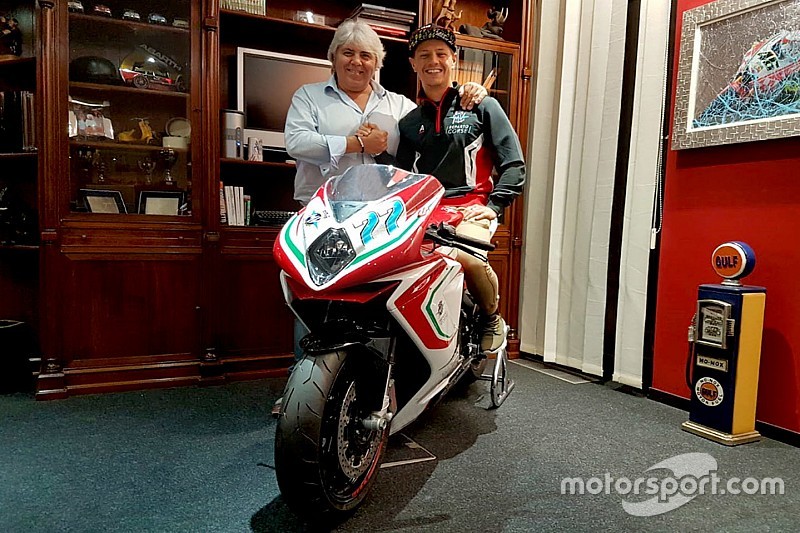 The MV Agusta Forward outfit has signed Dominique Aegerter for the 2019 Moto2 season as Romano Fenati is now set for a return to Moto3.

Forward, which used Suter bikes in 2018, will bring back the MV Agusta brand to grand prix racing next year.

The team looked set to run Fenati and was keen to sign the Italian even after he was banned at Misano for the rest of 2018.

Other alternatives for Forward were veterans Aegerter and Mattia Pasini, both struggling to find a place for 2019, and the team ended up signing the Swiss rider instead of Fenati.

In October, Aegerter admitted that he was unlikely to continue in Moto2, and was looking into possibilities in World Superbike and World Supersport.

Aegerter, 28, has been competing in Moto2 since 2010, acting as Tom Luthi's teammate in the CGBM squad in the first seven of those years, before joining Kiefer for 2017 and 2018.

He has just one race win in the series so far at the Sachsenring in 2014.

"I'm very happy to become part of this new team with such an ambitious project," Aegerter said.

"It's a source of great pride of me, as well as a great responsibility. "I will give my best to get great results and bring MV in the positions it deserves."

Fenati meanwhile is still set to return to grand prix racing as the Snipers team he competed for this year is linked with him for a Moto3 ride, despite having already signed Tony Arbolino and Makar Yurchenko. It is believed Fenati will replace the latter.