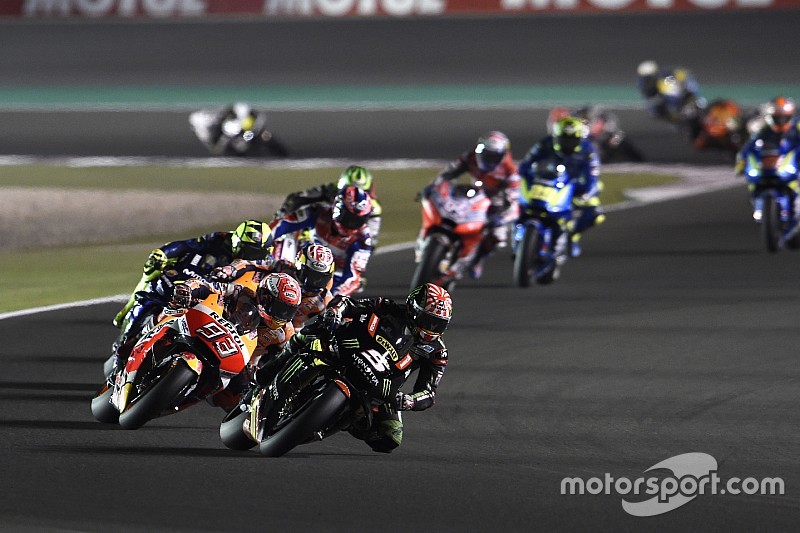 The weekend schedule for the MotoGP 2019 season opener in Qatar will remain unchanged for now despite safety concerns.

Some in the paddock had called for the premier-class race, which is run under the floodlights at the Losail International Circuit, to be brought forward from its 8pm (5m GMT) time slot on March 10 to avoid the potential risk of dropping track temperatures.

This came into focus after a number of riders crashed towards the end of the final day of pre-season testing at the same venue, when the temperature of the surface was below 16 degrees Celsius.

Honda rider Jorge Lorenzo was one of the riders to fall and argued for changing the start time in the aftermath, insisting the race could turn “dangerous” under the planned start time.

“I would like to speak with the ones who decide the schedule of the race because if we can put it earlier, it would be much better for the safety of the riders,” Lorenzo said.

"Hopefully we can modify this by half an hour, one hour, as much as possible because [if] we are unlucky to be racing on a very cold night, it will be dangerous."

Lorenzo even phoned up Dorna CEO Carmelo Ezpeleta to relay his concerns, and Ezpeleta subsequently suggested to media that he was open to reverting to a 7pm start, which would be analogous to the year before.

However, it has now been confirmed that the weekend schedule for the 2019 season opener will remain as it is.

The race is set to begin at 8pm local time, with second free practice on Friday and qualifying on Saturday also kicking off at the same hour.

It is understood, however, that a tweak to the schedule could be back on the agenda during the race weekend itself if the temperatures prove too low.

Lorenzo "more adapted" to Honda than to Ducati last year