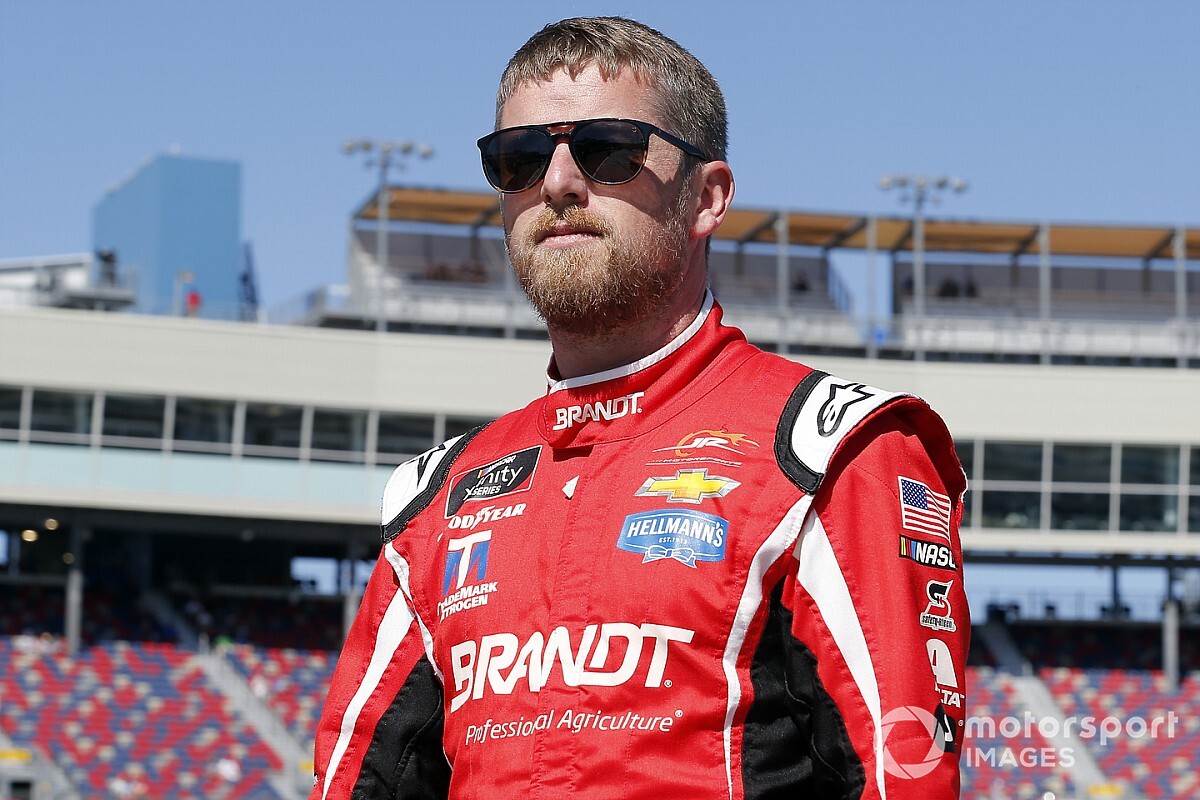 Justin Allgaier knew this day was possible, but it still caught him off-guard when Hendrick Motorsports called on him as a relief driver this weekend in the NASCAR Cup Series.

When NASCAR restarted its season in May after a nearly two-month hiatus due to the COVID-19 pandemic, many teams went about designating a “relief driver” in case one of their regular drivers ended up contracting the disease or was placed under a precautionary quarantine.

Allgaier, who drives fulltime in the Xfinity Series for JR Motorsports, had agreed to the role with HMS and on Friday afternoon he got the call.

Seven-time champion Jimmie Johnson and his wife, Chandra, had tested positive for COVID-19 and Allgaier was needed to drive Johnson’s No. 48 Chevrolet in Sunday’s Brickyard 400.

Until Johnson is medically cleared and completes NASCAR’s protocols to return to action, Allgaier could see several starts with Johnson’s team.

“I was honored when they called as asked me to be that guy. I looked at other drivers that have had fill-in rolls in the past and they’ve all done a great job with it. Especially at Hendrick Motorsports, they had a plan in place to make the drivers comfortable, make sure the drivers are fast,” Allgaier said Saturday following the Xfinity race at Indianapolis Motor Speedway.

“That resonates with me as a driver because you’re already on pins and needles when you’re filling in for someone. Even before the pandemic and since, they have had a set of my gear in the hauler. That way I can jump in and drive any of their cars.

“They unloaded the car last night to make sure my stuff was inside of it. (Sunday) morning I’ll have to jump in and make sure that I’m comfortable before they roll through tech.”

Allgaier always understood the situation was possible but until Johnson’s announcement Friday no driver in any of NASCAR’s top divisions had a confirmed coronavirus diagnosis.

“I’ve been sitting every week on stand-by for HMS. They’ve been extremely helpful in that regard on my end. They have a back-up plan for not only myself but for all of their guys,” he said. “So, I’ve sat every week and to be honest, I thought it was kind of crazy.

“I really didn’t expect this opportunity to come. When I got the phone call (Friday) it was about 10 minutes before all of you found out. I couldn’t ask for a better team.

“I’m excited in one aspect, but on the other side of this we’re thinking about Jimmie and his whole family. No matter what happens (Sunday) on the race track, we want to see Jimmie get healthy and see him back at the race track as soon as possible.”

Still, this could prove an unexpected bonus for Allgaier.

Johnson is retiring from fulltime competition in NASCAR at the conclusion of the 2020 season and HMS has yet to hire a replacement for Johnson.

Allgaier, 34, has 11 wins in the Xfinity Series and has finished has high as third in the series standings (three different times). He has also made 76 starts in the Cup series, virtually all with smaller, unfunded teams with a best finish of eighth at Bristol, Tenn., in 2015.

“I would say that the list for potential drivers for the No. 48 is long. I don’t know where I fit on that list, but I’ve been very lucky to have a great relationship with Hendrick Motorsports, Chevrolet, be a part of their program, driving in some of the wheel-force tests for them, Allgaier said.

“For me, this is 100 percent about what I can give. It’s going to be important to go and do what I can do. If an opportunity were to come out of that for me to go somewhere, I would love for that opportunity.

“On the other side of that, I have a great relationship with my team. There’s a lot of moving pieces on that puzzle that would have to be addressed.”