Austin Dillon: Cup title is "the carrot that drives me every day" 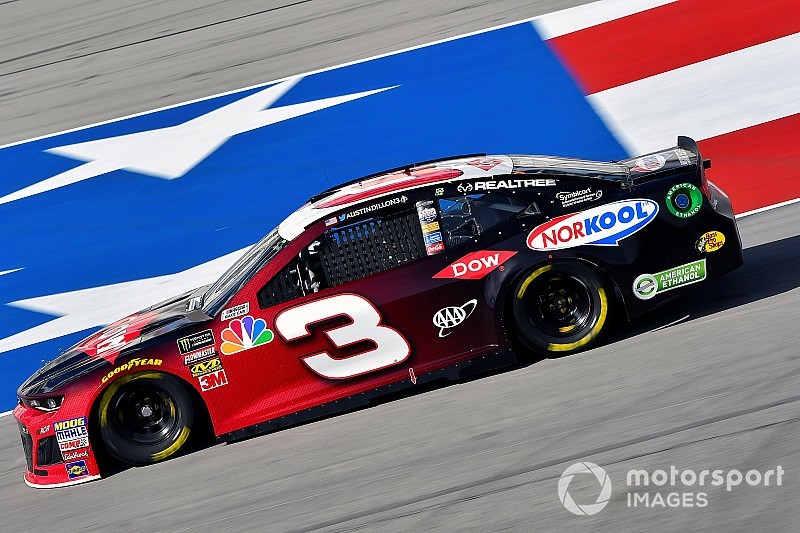 Austin Dillon has already played a role in the 50-year NASCAR legacy of Richard Childress Racing but he wants even more.

Dillon’s two career Cup Series wins have come in two of the series’ iconic races – a 2017 victory in the Coca-Cola 600 at Charlotte and his 2018 thrilling Daytona 500 victory.

A Cup series championship has remained elusive for Dillon, who will be entering his sixth fulltime season in 2019. It has also remained a challenging goal for RCR, whose last Cup championship came in 1994 with the late Dale Earnhardt.

Since then, RCR’s best opportunity for a Cup title came in the 2014 season when Ryan Newman reached the Championship 4 at Homestead, Fla., and ended up second in the series standings.

“For me it’s everything. I can be the first guy to win all three (national series championships). That is the carrot that drives me every day,” Dillon said Wednesday at the NASCAR Hall of Fame in Charlotte, N.C.

“That is my biggest goal is to get to Homestead with a chance to win and be in that final four. If you can do that, man, you never know what can happen.”

Dillon, 28, won a Truck Series championship in 2011 and added a title in the Xfinity Series in 2013 before making the fulltime move to Cup in 2014.

In recent seasons Dillon’s performance has provided RCR its only highlights in the Cup series as he and the organization as a whole have struggled with consistency.

Like many Chevrolet teams, RCR had difficulty adapting to the new Camaro last year but by the end of the season, both Dillon and Newman had begun to show speed on a more consistent basis.

“We just want to have a consistent season, be more consistent and in the top five. It’s there, I feel like I’m very confident that I can be a top 10 competitor each and every week when we put the right product out on the track,” Dillon said.

“That is the carrot for me is to get that final championship in the Cup Series. It’s going to be there. I’ve won some huge races, but running more consistently is what I want to be able to do and put ourselves in a position to have a chance to bring home another championship for RCR.”

Dillon will begin the 2019 season reunited with crew chief Danny Stockman Jr., who Dillon worked with during both his Truck and Xfinity championship seasons.

“You know I had so much success with (former crew chief) Justin (Alexander) so fast. He has my two Cup Series wins and I’m very thankful for that,” Dillon said. “It wasn’t an easy decision by no means.

“But when I got the opportunity – I had never been given the opportunity to have Danny back – and the first time that opportunity came, I had to jump on it. Too much happened in a short period of time with us two, too much success, and I’ve just missed him the whole time.

Later this year, the NASCAR Hall will unveil an exhibit honoring RCR’s 50-year history in NASCAR and Dillon of course is already a part of it.

But as team owner Richard Childress said, “You’ve got to look to the future always.”

After 50 years, RCR isn’t done yet and Dillon remains committed to working hard to continue adding new chapters of success to his grandfather’s team.